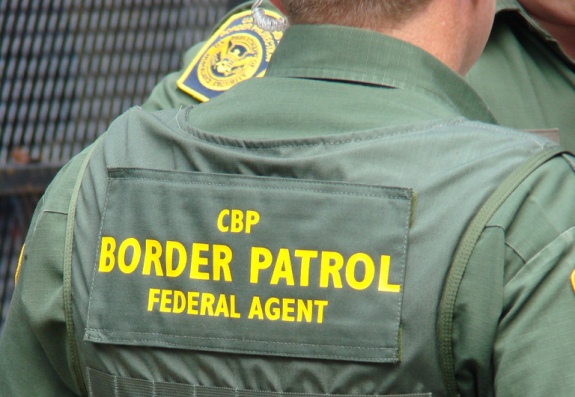 Over the past year, advocates in states along the northern border of the United States have reported that Border Patrol agents frequently “assist” local law enforcement officers by serving as Spanish-English interpreters and participating in 911 dispatch activities. Capitalizing on their access to noncitizens, Border Patrol agents are using these opportunities to facilitate immigration enforcement. This collaboration between Border Patrol and local law enforcement agencies, however, violates the letter and the spirit of federal language access requirements under Title VI of the Civil Rights Act of 1964 and Executive Order 13166, Improving Access to Services for Persons with Limited English Proficiency (August 11, 2000).

Today, the Northwest Immigrant Rights Project filed a complaint with the Department of Homeland Security and the Department of Justice highlighting six cases where law enforcement officers in Washington State apparently contacted Border Patrol agents to provide interpretation assistance during traffic stops, even in some instances where the targeted individuals were conversant in English or did not speak Spanish. In every case, the Border Patrol agents engaged in independent questioning about immigration status and ended up initiating deportation proceedings. According to a report recently issued by OneAmerica, Border Patrol agents in Washington State also provide 911 dispatch services for at least three cities in the state and regularly check immigration status when they arrive on the scene.

Sadly, these practices are not unique to Washington State. Reports from Vermont indicate that, in early 2011, a Latino dairy worker inadvertently dialed 911 from a pay phone. He hung up when he realized his mistake. When a state police dispatcher attempted to call back, the worker said “no speak English.” A state trooper dispatched to investigate the call requested interpretation assistance from Border Patrol. Two state troopers and multiple Border Patrol agents subsequently arrived on the scene and asked all five Spanish-speaking dairy employees for identification. Three of the workers who could not provide documents were placed in removal proceedings and later deported.

In February 2011, according to the ACLU of Michigan, a Michigan State police officer stopped a Latino driver for an alleged traffic violation and proceeded to interrogate him about his immigration status. Despite the man’s assertions of U.S. citizenship and his presentation of documentation indicating lawful status, the officer called Border Patrol due—according to the officer’s own statement—to a “language barrier.” The driver was detained in handcuffs and threatened with deportation until Border Patrol confirmed his U.S. citizenship. As recently as last week, six immigrants in Huron County, Michigan, were reportedly taken into immigration custody after they called 911 to request an ambulance.

Reports from upstate New York reveal similar collaboration between local law enforcement and Border Patrol. In one instance, a Latino man called 911 when he was experiencing chest pain. He was transported to the hospital only after Border Patrol agents arrested and detained him. Following his release from the hospital, he was brought directly to a detention center. He ultimately opted to leave the United States voluntarily instead of remaining in detention during his removal proceedings.

Through their purported attempts to provide interpretation “assistance,” Border Patrol agents are condoning racial profiling by local law enforcement officials and deterring immigrants and their families from reporting crimes. These practices undermine the goals of federal language access requirements, which are intended to prevent discrimination and promote good government. They also violate the constitutional rights of individuals who are detained and questioned about their immigration status solely because they look or sound foreign. Such conduct exceeds the limits of Border Patrol’s enforcement authority, instills fear and mistrust in immigrant communities, and does nothing to make our borders more secure.