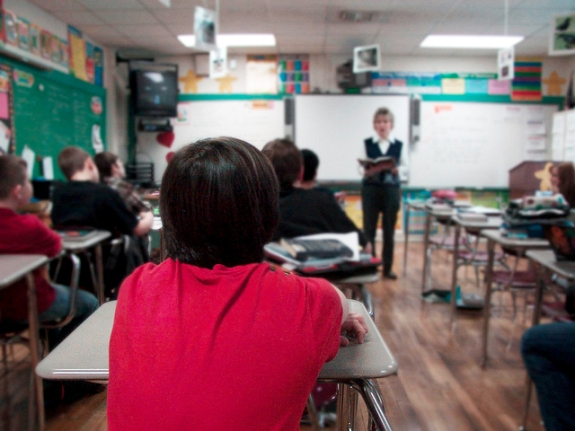 In a case of very creative accounting, the nativist Federation for American Immigration Reform (FAIR) is blaming students for Maryland’s fiscal woes. In a new report, FAIR lumps together students who are unauthorized immigrants with U.S.-born students who have unauthorized parents and claims that they are all costing Maryland taxpayers astronomical sums in educational expenditures. However, the report (entitled The Cost of Illegal Immigration to Marylanders) mistakenly treats the education of these students as nothing more than a “cost” attributable to unauthorized immigration. In reality, the educational expenses targeted by FAIR are an investment in the future U.S. workforce and tax base; an investment that will pay off later as students become taxpayingattr workers.

According to FAIR’s calculations, unauthorized immigrants are costing Maryland taxpayers $1.9 billion dollars every year. However, $1.3 billion of this estimate, or 68%, consists of K-12 education for the children of unauthorized immigrants—of whom 69% are native-born U.S. citizens. FAIR justifies the decision to include U.S. citizens in its cost estimate by employing some rather twisted logic:

Translation: You can’t deport U.S. citizens, but maybe these U.S. citizens will just go away if and when we get rid of their parents. FAIR makes the same argument in the case of unauthorized students—particularly those unauthorized high-school graduates who would be eligible for in-state tuition rates at Maryland colleges and universities under the “Maryland DREAM Act.” According to FAIR, not only are these kids nothing more than an “expense,” but they can simply be made to pick up and leave the country, even if the United States is the only home they’ve ever known.

This argument is based on wishful thinking. It is an argument rooted in the fanciful “attrition through enforcement” strategy of immigration enforcement, in which life is made more and more difficult for unauthorized immigrants in the hope that they will “self-deport” and take their children with them. Yet evidence suggests this is unlikely to work in the case of unauthorized families with children who are firmly rooted in this country and who therefore have every reason to tough it out and stay.

The reality is that most of the students from unauthorized families are going to become American workers, consumers, taxpayers, and entrepreneurs when they grow up. As a result, it is in the U.S. economy’s best interest to ensure that these children are educated since that will increase their productivity, earning power, buying power, and tax payments later in life. It’s also worth noting that, in FAIR’s world view, the adult U.S.-born children of unauthorized immigrants are lumped in with the rest of the native-born population and their tax contributions are not credited back to the unauthorized families that raised them. They are only included as part of the unauthorized immigrant population when they are costly children—as all children are.

If FAIR’s accounting methods leave much to be desired, perhaps that is because gauging the fiscal impact of unauthorized immigration is not their primary aim. At the end of the report, FAIR reveals its true ideological colors. In a surreal conclusion, FAIR enumerates additional “costs” that are allegedly associated with unauthorized immigration. For instance, there is the “the impact on the education of other students if the learning environment is negatively affected by students with limited English language proficiency.” Even more dire, “social cohesion may be strained by foreign language communications barriers.” These arguments absurdly suggest that children can’t learn or form a group identity if anyone in their midst speaks a first language other than English. And these arguments are applied to all non-English speaking immigrants, not just the unauthorized.

This thinly veiled xenophobia reveals a fundamental truth about FAIR: they never met an immigrant they didn’t dislike.