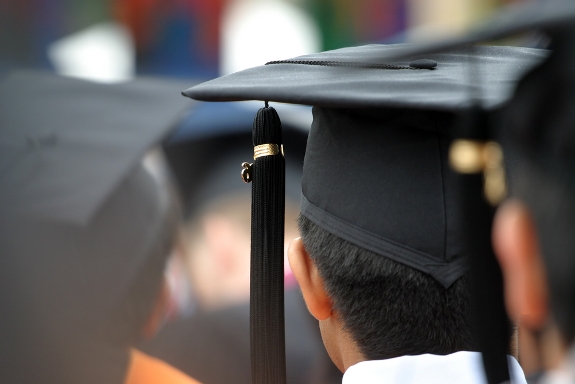 In the absence of Congressional action on the DREAM Act, advocates and DREAMers have increasingly turned to the White House to help them secure temporary protection from removal. This week, DREAMERS got a huge boost from 96 law professors who sent a letter to President Obama outlining the extensive authority under law that his administration holds to halt deportations of DREAMers.

The administration already has guidelines for exercising prosecutorial discretion on an individual case-by-case basis, and has previously indicated that DREAMers fell within the parameters of these guidelines. But numerous DREAMers continue to be placed in immigration proceedings, leading many advocates to call, for more decisive action for DREAMers as a whole. The letter from the law professors outlined three alternatives to deportation that the administration could adopt for DREAMers:

The Obama administration has repeatedly expressed its concern for DREAMers, but has stopped short of offering administrative relief to them as a group. Domestic Policy Council Director Cecilia Muñoz recently reiterated that Congress needs to act:

It is a mistake to think that administrative tools alone are a sufficient remedy.    The Administration hopes to set standards for immigration enforcement that will endure and provide rationality to a necessary and important law enforcement function, and we will always look for ways to strengthen these efforts.   But if we want to address the problem of illegal immigration at its core, Congress needs to accept its responsibility.

Until Congress does so, however, the law permits the administration to offer DREAMers some protection. And by pointing out the long history and bipartisan use of such provisions, the law professors have also made it clear to Congress that the President has been empowered by the law to do just that.