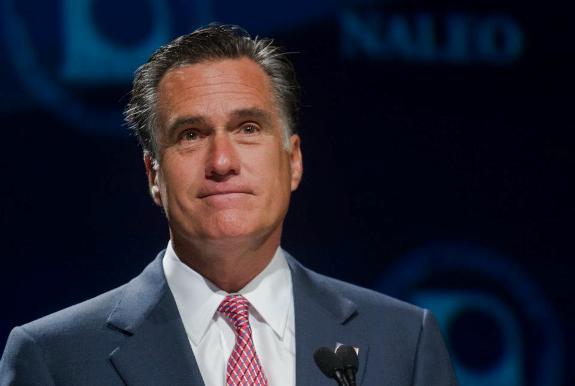 On Thursday, Mitt Romney gave a much-anticipated speech in which he was expected to address whether—as President—he would reverse the new Obama administration policy toward immigrant youths who would qualify for the DREAM Act. The answer? It’s still unclear. Despite adopting a noticeably softer tone toward undocumented immigrants, Romney again failed to say whether he would overturn the policy and provided few other details as to how he would tackle the most intractable problem of the immigration debate.

Given at the annual convention of National Association of Latino Elected and Appointed Officials (NALEO), Romney’s speech came nearly a week after the administration’s announcement that the Department of Homeland Security would henceforth decline to seek the removal of undocumented immigrants who, among other things, were brought to the country before age 15 and have completed high school or military service. Initial polling has shown the policy to be widely popular, and Romney has received much criticism for refusing to say whether he would reverse it if elected president.

Romney’s hedging was expected to end yesterday, however, during a long-awaited speech to one of the country’s most prominent Latino organizations. Yet despite mentioning the policy itself, Romney again failed to say whether he would repeal it if elected. As Romney put it:

“Some people have asked if I will let stand the President’s executive action. The answer is that I will put in place my own long-term solution that will replace and supersede the President’s temporary measure.”

As numerous commentators have noted, Romney’s statement was a classic example of a candidate studiously avoiding a question he was claiming to answer. In promising to provide a “long-term solution,” Romney merely reiterated what President Obama himself has acknowledged: that the new policy is a temporary measure designed to serve as a placeholder until Congress enacts more permanent legislation.

As to what his long-term solution would be, Romney, who previously pledged to veto the DREAM Act, provided few details. Aside from undocumented immigrants who serve in the military, whom Romney said should receive a path to legal status, Romney said only that he would address the issue of illegal immigration in a “civil but resolute” manner. While such pledges are an improvement from Romney’s previous calls for a self-deportation strategy, they left supporters in his party, as well as prominent evangelicals, calling for more specifics.

To be sure, even as he failed to take a clear stance on the new administrative policy, Romney did endorse several valuable ideas that have been proposed by Republicans and Democrats for years.  As president, for example, Romney said his administration would exempt the spouses and children of lawful permanent residents from immigrant visa caps and would “staple a green card” to the diploma of any immigrant who earns an advanced degree. Neither proposal could be done administratively, however, and would require passage of legislation that Congress has thus far been unwilling to adopt.

While many months remain before the election, time is running out for Romney to take a clear stance on the administration’s new policy. Immigrants who qualify for relief may not themselves be able to vote, but their status in the United States is of critical importance to millions of citizens who will cast ballots in November.