Why the Next Einstein Can’t Get a Visa 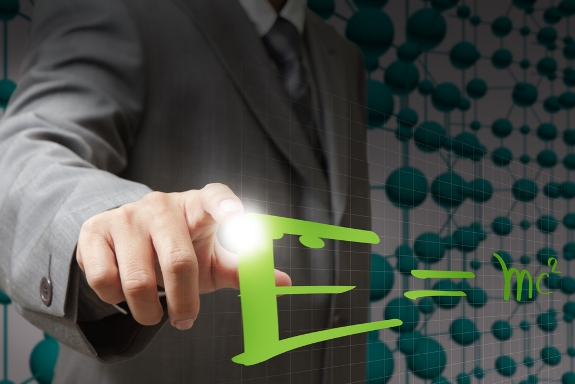 Though Einstein may be a household name in the United States, he was not born here, and he would have a hard time obtaining a visa if he were alive today. In fact, inventors behind most patents in the U.S. were born outside of the country, according to a new report by the Partnership for a New American Economy, and most face huge difficulty in obtaining visas to stay.

The report finds that 76% of patents awarded to the top ten patent-producing U.S. universities had at least one foreign-born inventor. In fact, 54% of patents were awarded to foreign students, postdoctoral fellows, or staff researchers—people who are most likely to face ‘visa hurdles.’ Due to these limitations, the best and brightest consistently struggle to stay in the U.S., slowing research and depriving the U.S. of innovation and a competitive global edge.

Successful patents also create jobs. From 1980-2010, 6,000 new companies were created to commercialize the research done in U.S. universities. In 2008, this translated to 1.6 companies a day, creating countless jobs for American-born workers.

Foreign-born inventors and researchers, however, have very few options for staying in the country. After graduation, most have a small window of time (12-29 months) to stay, during which they must have a job. Often, the logical next step is to be sponsored by an employer for an H-1B visa (a temporary non-immigrant work visa for highly skilled immigrants), which can cost the employer about $6,000. Employers are also required to prove that they are economically stable and can pay salaries in the future, a standard that excludes most new startups, keeping foreign-born workers out of the most innovative positions that many would prefer.

If that doesn’t seem challenging enough, H-1B visas are capped at 65,000 per year—a number that is almost always met before the year is out. In 2012, for example, it only took 72 days before H-1Bs were capped out.

Faced with this reality, some inventors find a way to work through the system or simply get lucky, such as Marios Demetriou, a Greek inventor of a metal that can be molded like plastic, who was able to obtain citizenship through marriage to a U.S. citizen. Or Ankit Agarwal, a biochemical engineer from India who invented artificial skin resistant to bacteria, but was told he would need to wait over five years to obtain a green card, which was “out of the question” in a field that moved so quickly. Against the advice of multiple lawyers, he drained his savings and took out high-interest loans to spend $12,000 dollars applying for an “extraordinary ability” visa, which are extremely difficult to obtain. He was lucky enough to succeed, but for many that is not an option.

“Of all the crazy rules in our government, the craziest bar none is that we take the smartest people in the world, we bring them to America, we give them PhDs in technical sciences, and we kick them out to go found great companies outside of America. This is madness,” said Eric Schmidt, former CEO and Executive Chairman of Google.

And Schmidt is not the only one to think this. More than 100 chancellors and presidents of U.S. universities sent a letter to President Obama, Senate Majority Leader Harry Reid, Senate Republican Leader Mitch McConnell, Speaker of the House John Boehner, and Democratic Leader Nancy Pelosi, calling on Congress to “work together to develop a bipartisan solution that ensures our top international graduates have a clear path to a green card, so they can stay and create new American jobs.”

The Partnership for a New American Economy recommends three “budget-neutral” actions Congress could take immediately to address these problems:

Hopefully, Congress will consider the facts, put politics aside, and take a realistic approach to finding solutions to a system that makes it nearly impossible for the best and brightest to stay and thrive in the United States.