In California, TRUST Act One Step Closer to Becoming Law 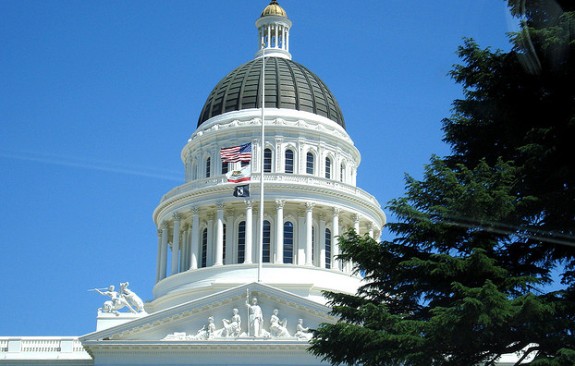 The California state Senate overwhelmingly approved the TRUST Act on Thursday, marking a significant step for a piece of legislation aimed at limiting the humanitarian impact of the Secure Communities program. The bill must still pass the state Assembly and be signed by Gov. Jerry Brown to become law, but its success thus far represents an important victory for the immigrants rights movement and has positioned California as the “anti-Arizona” among states frustrated with Washington’s failure to enact comprehensive immigration reform.

The version of the TRUST Act passed this week differs from the one under consideration last year, which would have authorized local jurisdictions to opt-out altogether of Secure Communities—the much-maligned program that shares fingerprints taken at local jails with federal immigration authorities. The current version instead limits the circumstances in which local law enforcement agencies may honor immigration “detainers,” or requests from the Department of Homeland Security (DHS) to hold a particular inmate beyond his or her date of release to facilitate federal authorities’ ability to take custody.

If the TRUST Act becomes law, state and county jails could only honor immigration detainers lodged against inmates convicted of a felony classified as “serious” or “violent” under California law. Federal immigration authorities would still be notified of inmates arrested for other offenses, but would have to be present when they posted bond or were otherwise released from custody. As a result, immigrants arrested for traffic violations or misdemeanor offenses would be far less likely to end up in removal proceedings.

Not surprisingly, critics of the measure have reported that its passage would make California a so-called “sanctuary state.” A spokesman for the California State Sheriffs Association also told the Los Angeles Times that the TRUST Act would force jailers to choose between honoring state and federal law. But such criticisms are based on a misunderstanding of how immigration detainers work. As we have explained before, immigration detainers are requests, not commands. As a result, state and local governments are free to impose conditions that must be met before detainers will be honored.

In truth, passage of the TRUST Act would stand to benefit local law enforcement agencies in a number of ways. For one thing, it would help eliminate the mistrust that inevitably permeates immigrant communities when local police are seen as cooperating with federal immigration authorities. For another, it would reduce the likelihood of litigation arising from the mistaken placement of detainers on U.S. citizens. Finally, it would free up cell space in a penal system that is notoriously overcrowded.