For Immigrants, Alternatives to Detention Not All They’re Cracked Up to Be 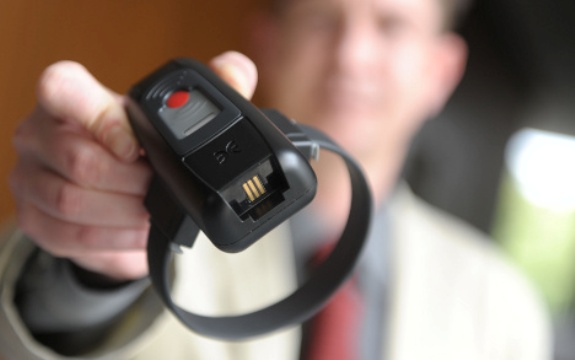 On any given day, approximately 300,000 immigrants in the United States have pending removal proceedings to determine whether they will be deported from the country. Of those, about 10% are kept in detention centers while proceedings are pending, with the rest are subject to alternatives ranging from the posting of bail to the use of electronic ankle monitors. While few if any immigrants prefer to be detained, a recent report explains that many alternatives to detention (ATD) program impose hardships themselves.

Released last week by the Immigrants Rights Clinic at Rutgers School of Law in Newark and the American Friends Service Committee, the report, “Freed but not Free,” provides an overview of the various ATD programs presently in place, the flaws in the current system, and a set of recommended solutions. Of course, as the report notes, “alternatives” to detention is something of a misnomer, since many immigrants are subjected to reporting requirements after being released from detention, or were unlikely to have been detained in the first place.

At present, the government runs three main ATD programs. The first, release on recognizance (ROR), is available to immigrants currently in removal proceedings and deemed eligible to post bond. The second, orders of supervision (OSUP), applies to immigrants with final removal orders who cannot be returned to their home countries. The third, the Intensive Supervision Appearance Program (ISAP), is available to both groups of immigrants—but only in selected jurisdictions—and often requires participants to wear electronic ankle monitors.

As described in the report, the ATD programs suffer from problems both individually and as a whole. For example:

The report offers a series of solutions to alleviate such problems. First, ICE should transition to the use of community-based ATD programs instead of relying on private contractors. Second, ICE should create and publicly disclose a set of standard operating procedures relating to placement in ATD programs. Third, ICE should create a more user-friendly system, such as shorter waits for check-ins, the relocation of check-in locations to areas accessible by public transportation, and the creation of a priority docket for immigrants on ATD programs. Finally, if ICE continues to use ankle monitors, immigrants who wear them should be considered in “custody” for purposes of a federal law requiring certain immigrants to be placed in detention for the duration of their removal proceedings.

To be sure, even as the report details problems with ATD programs, it stresses the numerous advantages of such programs to actual detention. Financially, detaining an immigrant costs taxpayers an average of $122 per day, versus less than $14 per person per day under ATD programs. Legally, immigrants in detention face great difficulty hiring an attorney and, not coincidentally, face higher rates of removal than immigrants subject to ATD programs. And socially, allowing immigrants to remain free during the pendency of their removal hearing allows them to provide for their family members.

But as the report states, the fact that ATD programs are preferable to detention itself does not absolve the government of responsibility for addressing the problems associated with such programs.