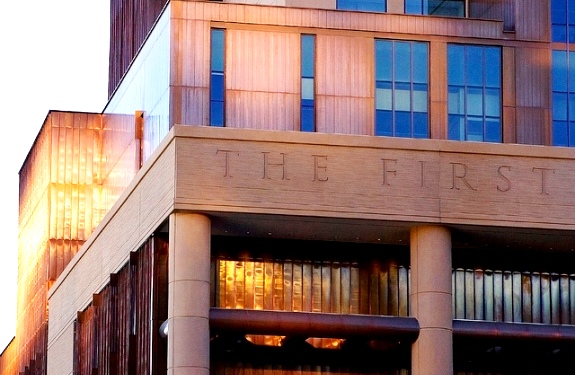 Late Tuesday night, opponents of Arizona SB 1070 filed new papers in court seeking to block Section 2(B) from taking effect, arguing that state legislators were driven by anti-Latino bias and that the provision will inevitably result in constitutional violations. The motion, filed by civil rights groups, cited numerous previously undisclosed emails from former State Sen. Russell Pearce, the main sponsor of SB 1070, containing inflammatory comments about Mexico and unauthorized immigrants. The filing, submitted in federal district court in Phoenix, also sought an injunction against a separate provision of SB 1070 that attorneys argue is invalid under the Supreme Court’s recent decision in Arizona v. United States.

The focus of Tuesday’s filing—Section 2(B)—was the one provision of SB 1070 that the Supreme Court declined to block from taking effect. As is now well known, the provision requires local police to contact federal immigration authorities if they develop “reasonable suspicion” during an otherwise valid stop that a person is in the country illegally, and to hold all arrestees in custody until their immigration status is verified. Although it lifted a preexisting injunction against the provision, the Justices recognized its potential to lead to constitutional violations and left open the door to future legal challenge.

In yesterday’s filing—in Valle del Sol v. Whiting, a case separate from that waged by the Obama administration—civil rights groups argued that sufficient evidence of legal violations already exists to prevent Section 2(B) from being implemented. If the provision is permitted to take effect, the filing said local police would inevitably detain individuals simply to determine their immigration status, a practice the Supreme Court said would violate the Constitution. The filing included a declaration from Tucson Police Chief Roberto Villasenor, which said his officers could not properly determine whether “reasonable suspicion” exists that an immigrant is unlawfully in the United States, and that his agency would be forced to detain thousands of individuals over the course of a year while awaiting replies from federal immigration officials.

In a broader attack on SB 1070 as a whole, the civil rights groups cited apparent anti-Latino bias by state legislators and their supporters in arguing that Section 2(B) should be enjoined under the Equal Protection Clause of the Constitution. Among other evidence, the filing cited highly inflammatory comments in previously undisclosed emails from the law’s primary sponsor, former State Sen. Russell Pearce. In one email, for example, Pearce wrote that he wants “to deny citizenship to all anchor babies born in this country,” objects “to having to pay higher sales tax and property tax to build more schools for the illegitimate children of illegal aliens,” and does not “want to be taxed to pay for a prison population comprised of mainly Hispanics, Latinos, Mexicans or whatever else you wish to call them.”

Finally, Tuesday’s motion asked the court to strike down a provision of SB 1070 not previously under consideration. According to the motion, the provision, which makes it a crime in Arizona to harbor or transport unauthorized immigrants, is invalid under the portion of the Supreme Court’s opinion striking down provisions of SB 1070 that would have made it a crime under Arizona law to fail to carry valid papers or attempt to work without federal authorization. As the filing put it, “a state law allowing states to prosecute and punish alleged federal immigration violations fundamentally conflicts with Congress’s reservation of ‘broad discretion’ over immigration enforcement to federal officials.”