Immigrant Integration is a Two-Way Street 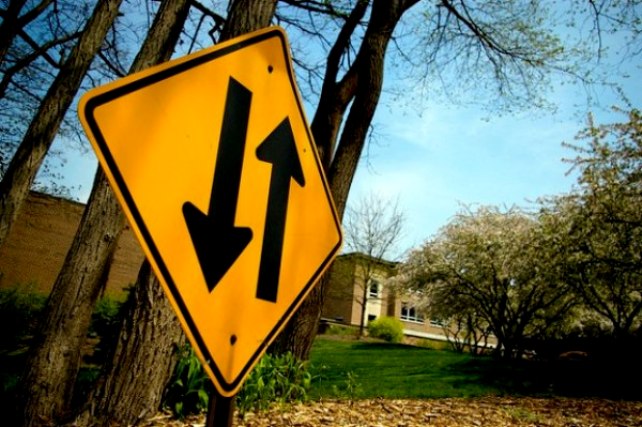 The process by which immigrants integrate into the economic and social fabric of the United States is very much a two-way street. Naturally, immigrants must harbor the desire to climb the socioeconomic ladder of success. But there must be a ladder for them to climb. If the community within which immigrants live and work makes the collective decision to deprive them of opportunities, then their upward mobility is hindered—to the social and economic detriment of the entire community. Yet, if the community actually welcomes newcomers and helps to facilitate their upward mobility, then the community eventually reaps the rewards of having workers and neighbors who are more highly skilled, more integrated, and more heavily invested in the community itself.

This dynamic is illustrated well in a new study from the University of Southern California’s Center for the Study of Immigrant Integration (CSII). The study, the California Immigrant Integration Scorecard, “measures immigrant integration and progress across ten California regions: Santa Clara, East Bay, San Diego, Sacramento, Orange, San Francisco, Inland Empire, Los Angeles, San Joaquin and Fresno.” The process of “immigrant integration” is defined in the study as “improved economic mobility for, enhanced civic participation by, and receiving society openness to immigrants.” In order to measure how each of the ten regions performs in terms of integration and its component parts, the study devises four measures: Economic Snapshot (how immigrants are doing now), Economic Trajectory (immigrant progress over time), Warmth of Welcome (the reception that immigrants receive), and Civic Engagement (civic participation by immigrants). By these metrics, Santa Clara has “made the most progress towards integration,” while Fresno has “the furthest to catch up.”

While the CSII study focuses on just 10 regions in California, it should be kept in mind that the gains to be had from successful integration—both to immigrants themselves and the country as a whole—are enormous. Consider a report released last year by the Center for American Progress. The report, authored by Dowell Myers, professor in the School of Policy, Planning, and Development at the University of Southern California, predicts that over the coming years, more and more long-term immigrants will buy homes, become U.S. citizens, and earn higher incomes. The numbers are impressive:

How much higher might those numbers have been if the U.S. government created a national immigrant integration strategy decades ago? However, the U.S. government isn’t likely to take action on this front anytime soon. As the CSII study incisively points out:

“Historically, issues related to immigration have been dealt with at the national level. But recent inaction by the federal government on these issues has pushed policy action down to a more local level – where immigrants and their families live their everyday lives. Moreover, our research has shown that immigrants contribute to their communities and that places that are able to excel at immigrant integration are more resilient and better able to adapt to economic, social, and other shifts.”

It is for this reason that the CSII study offers, in the case of California, “a simple recommendation: form a statewide body to coordinate immigrant integration, with these cross-cutting issues in mind.” A “simple” recommendation, perhaps. But an immensely powerful one.