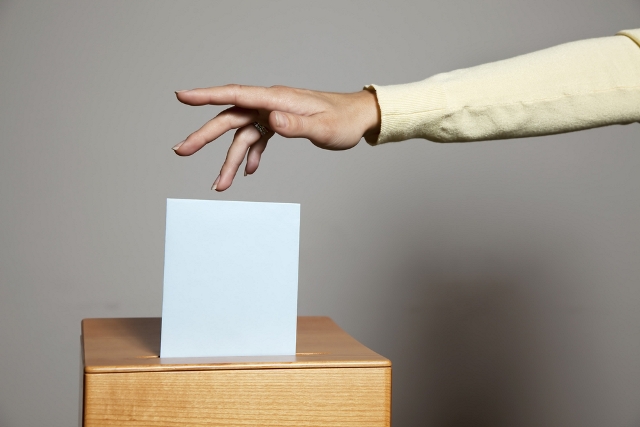 In the world of anti-immigrant activists who specialize in stamping out “voter fraud” by non-U.S. citizens, there are few symbols more potent than that of the bus. Apparently, a bus is the favored mode of transportation among the legions of immigrants who want to subvert the U.S. electoral process by illegally casting ballots. Many a story of voter fraud by non-citizens begins with a busload of foreign-looking people being dropped off at a polling place. However, as Stephanie Saul writes in the New York Times, “it might as well be Harry Potter’s invisible Knight Bus, because no one can prove it exists.” This is a fitting symbol for the fact-free work being done by voter-fraud activists. They must rely on hearsay because there is no hard evidence to back them up.

For instance, in recent months several states have asked the federal government for access to immigration data in order to determine whether non-citizens are on the voter registration rolls. Specifically, the states have sought to use the Systematic Alien Verification for Entitlements (SAVE) program, which is designed to verify eligibility for benefits or services at the time an immigrant initially files an application. SAVE is not a comprehensive, up-to-date list of who is a citizen and who is not. Predictably, the attempts by states to use SAVE to find noncitizens on the voter rolls have produced few results.

As the Associated Press reports, efforts by state election officials in Colorado and Florida to turn up cases of noncitizens illegally registered to vote have fizzled. In Colorado, an initial list of 11,805 suspected noncitizens on the voter rolls has shrunk to 141, which amounts to .004 percent of the state’s 3.5 million voters. Likewise, in Florida, a list of 180,000 suspected noncitizens on the rolls has shrunk to 207, which accounts for .001 percent of the state’s 11.4 million registered voters. It turns out that some of the individuals in question did not even know they were registered to vote, or were actually U.S. citizens legally entitled to vote.

There is even less evidence of voter fraud actually being committed. News21 has analyzed 2,068 alleged election-fraud cases since 2000 and found “that while fraud has occurred, the rate is infinitesimal, and in-person voter impersonation on Election Day, which prompted 37 state legislatures to enact or consider tough voter ID laws, is virtually non-existent.” Specifically, News21 “turned up 10 cases of voter impersonation. With 146 million registered voters in the United States during that time, those 10 cases represent one out of about every 15 million prospective voters.”

These miniscule numbers should come as no surprise. As election experts tend to agree, modern-day voter fraud is a very rare occurrence in the United States, primarily because it is so irrational. The potential payoff (a vote) is not worth the risk of jail time, thousands of dollars in fines, and—in the case of non-citizens—possibly deportation. The Brennan Center for Justice at New York University School of Law succinctly summarizes this point: “Each act of voter fraud risks five years in prison and a $10,000 fine—but yields at most one incremental vote. The single vote is simply not worth the price. Because voter fraud is essentially irrational, it is not surprising that no credible evidence suggests a voter fraud epidemic.” The one type of voter fraud that does occur on occasion is the buying and selling of votes by U.S. citizens.

Yet a wave of restrictive voting laws continues to sweep the nation. The Brennan Center counts “at least 180 restrictive bills introduced since the beginning of 2011 in 41 states.” Bills requiring voters “to show photo identification in order to vote” were signed into law in Alabama, Kansas, Rhode Island, South Carolina, Tennessee, Texas, Wisconsin, and Pennsylvania. Adding insult to injury, Alabama, Kansas, and Tennessee went a step further and required voters to present proof of U.S. citizenship in order to vote.

All of this to combat a problem that doesn’t exist. Anti-immigrant activists certainly missed the bus on this one.