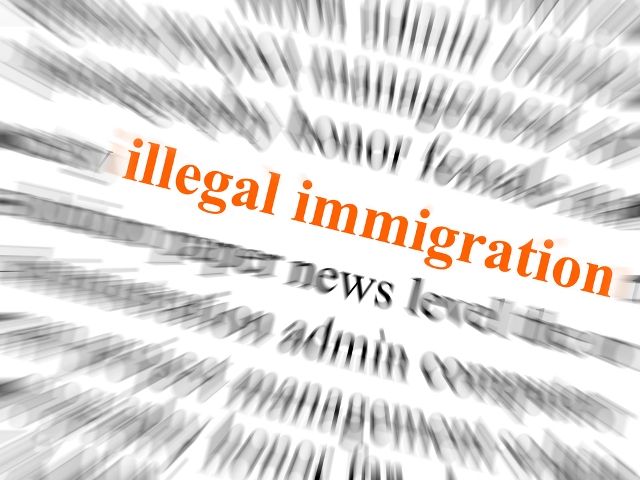 Unlike lawyers and policymakers, journalists have an obligation to use language that ordinary people understand. Although the practice is generally helpful, it can sometimes result in oversimplification, or sacrificing accuracy for the sake of supposed clarity. A perfect example is the memo issued by the Associated Press last week endorsing use of the term “illegal immigrant.”

At first glance, the memo—authored by Tom Kent, a high-ranking AP editor—appears driven by a dispassionate analysis of immigration law. To Kent, terms like “unauthorized” and “undocumented” obscure what he calls a “legal reality,” i.e., that certain immigrants are present in the United States in violation of law. Without “the fundamental right to be in the United States,” the memo says, “their presence is illegal.”

In truth, immigration law is much more complicated than Kent suggests. Just as suspected criminals are presumed innocent until proven guilty (and thus referred to as “alleged” or “accused”), noncitizens charged with violating the immigration laws have a right to remain in the country until they receive a final order of removal. Last year, judges terminated more than 25,000 removal proceedings for lack of sufficient evidence, and granted relief from removal—such as asylum—in more than 30,000 cases. Thus, calling an immigrant “illegal” before the conclusion of  immigration proceedings is like calling a criminal defendant “guilty” before a jury has rendered a verdict.

As importantly, many immigrants are authorized to remain and work in the United States—and are not considered “unlawfully present” under the Immigration and Nationality Act (INA)—despite being in violation of the immigration laws. For example, immigrants with pending applications for asylum and permanent residence are eligible for employment authorization, as are those granted deferred action or a stay of removal. Indeed, if determining unlawful presence was as simple as Kent suggests, it’s doubtful that federal officials would have felt compelled to issue such extensive guidance on the subject.

(Side note: the memo also misleadingly instructs reporters to describe beneficiaries of the Deferred Action for Childhood Arrivals program as having “temporary resident status,” a phrase the INA  uses in reference to farmworkers who qualified under a 1986 legalization program, and which implies that deferred action is akin to legal immigration status.)

To the AP’s credit, its stylebook instructs reporters not to refer to “illegals” or “illegal aliens,” and permits them to use more neutral descriptors, such as “living in the country without legal permission.” Kent’s memo also says certain noncitizens should not be described as “illegal immigrants”—such as youths brought to the country by their parents (because they did not consciously immigrate themselves) and those whose status is in current legal dispute—and encourages reporters to explain individual immigrants’ stories rather than rely on labels.

In making these (sensible) concessions, however, the memo undermines its very defense of the term in question. If a reporter’s job is to report facts objectively, it is hard to see why one should rely on a term that is often legally inaccurate, may encourage readers to make sweeping generalizations, and can offend the dignity of those they describe.