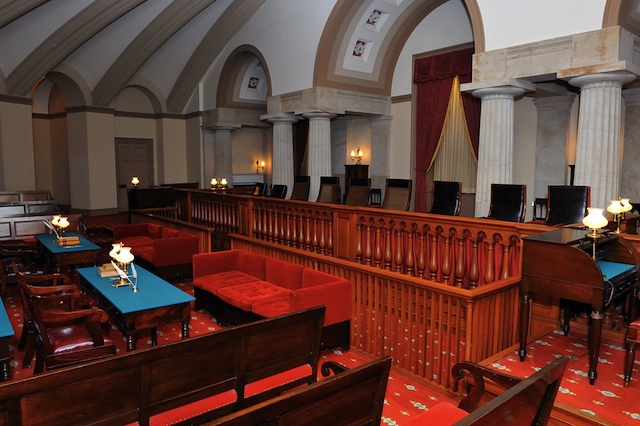 In its landmark decision in Padilla v. Kentucky, the Supreme Court confirmed that criminal defense attorneys have a constitutional obligation to advise their clients if pleading guilty to a particular offense could lead to deportation. On Thursday,* the Justices will consider a follow-up question of critical importance for many immigrants placed in removal proceedings on account of bad legal advice: whether the ruling applies to cases that became final before the decision was issued.

The immigrant involved in Thursday’s case, Roselva Chaidez, has lived in the United States for more than three decades and been a lawful permanent resident since 1977. Due to her participation in a fake insurance scheme, Chaidez pled guilty to mail fraud in 2003 and was sentenced to four years’ probation. When she later applied for U.S. citizenship, Chaidez learned what her criminal defense attorney never told her: that the crime to which she pled guilty is considered an “aggravated felony” under the immigration laws, making her subject to deportation and ineligible to apply for most forms of humanitarian relief.

After removal proceedings against Chaidez were initiated, the Supreme Court issued its ruling in Padilla, holding by a 7-2 margin that immigrants could challenge their convictions if they were prejudiced by bad legal advice. Chaidez then sought to reopen her criminal case, arguing that she would have never pled guilty had she known her plea would have resulted in her deportation. Unfortunately for Chaidez, a federal court in Chicago ruled she could not benefit from the Court’s decision because it only applied to cases that were still pending at the time the decision was issued.

In legal terms, the task now before the Supreme Court is to clarify whether Padilla applies retroactively, i.e., to immigrants whose convictions were already final when the decision was issued. Chaidez’s lawyers say it does, arguing that giving correct advice about potential deportation has long been part of criminal lawyers’ general duty to provide effective assistance of counsel. The Justice Department says that it doesn’t, contending it was an open question prior to Padilla whether criminal defense attorneys were obligated to give such advice.

However the Supreme Court rules, evidence has already surfaced that Padilla has—as we previously predicted—changed the ways that prosecutors and criminal defendants reach plea agreements. Earlier this month, for example, the District Attorney of Alameda County in California specifically advised prosecutors to consider potential immigration consequences when engaging in plea negotiations. And the number of removal proceedings based on criminal convictions has dropped in recent months, a potential sign that criminal defense attorneys are giving better legal advice to immigrant clients.

*The arguments were originally scheduled for Tuesday but were postponed due to Hurricane Sandy.