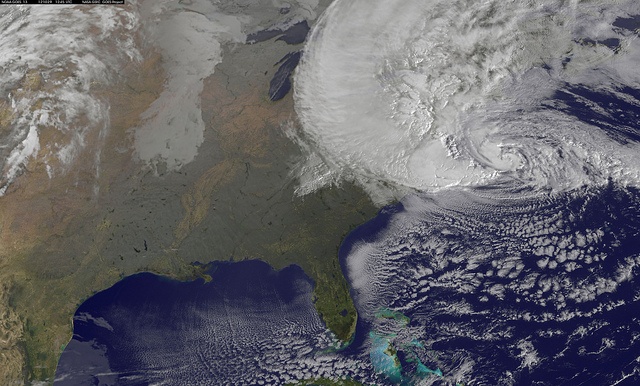 Update (11/2): USCIS has posted this reminder of special services and temporary relief that may be available to individuals affected by Hurricane Sandy, including expedited processing of employment authorization documents and extensions of certain non-immigrant status designations.  In its discretion, USCIS will also take it into account requests from individuals who were unable submit evidence or attend an appointment due to the impact of the hurricane.  USCIS is also extending the deadline  by thirty days for submission of materials for persons who have received Requests For Evidence (RFEs) or Notices of Intent to Deny (NOIDs) with deadlines between October 26th and November 26th.  Except for appointments that were automatically rescheduled as a result of USCIS office closures or the automatic extension of certain deadlines, it’s important to note that the burden remains on the applicant to establish that the hurricane affected the need for special services or the inability to meet application requirements.

Up and down the East Coast, the impact of Hurricane Sandy is still being felt and its aftermath will continue to affect people and businesses for days.  In the past, in some of the most severe storms, such as Hurricane Katrina, the Department of Homeland Security (DHS) immigration agencies have issued widespread information on dealing with the immigration consequences of the storm.  Thus far, basic information is available regarding U.S. Citizenship and Immigration Services’ (USCIS) plans; virtually nothing has been said about Customs and Border Patrol (CBP) and Immigration and Customs Enforcement (ICE).

Given the almost routine nature of severe storms these days, DHS would be well-advised to centralize all immigration information and to formalize its procedures for pre- and post-emergency actions.   The public shouldn’t have to wonder each time whether or not ICE and CBP, for instance, will issue a letter reminding people that they won’t be conducting immigration enforcement during a storm.

Here’s what we do know:

Here’s what we don’t know: