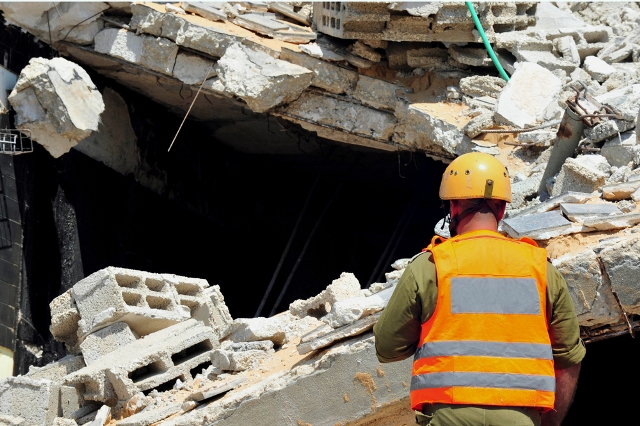 Hurricane Sandy may be gone, but the monumental task of reconstruction remains. In New Jersey and New York in particular, thousands of workers will be needed to rebuild or restore roads, homes, and office buildings damaged or destroyed by the storm. If history is any guide, many of those workers will be immigrants, and many of those immigrants will be unauthorized. Ironically, as they play an outsized role in reconstruction after a natural disaster, immigrant workers will be especially vulnerable to abuse and exploitation by unscrupulous employers. As a result, federal and state officials must be vigilant in ensuring that labor laws are vigorously enforced to protect all workers involved in post-Sandy reconstruction efforts.

Given that roughly one-in-five construction workers are unauthorized immigrants, it goes without saying that unauthorized workers will play a crucial role in reconstruction stemming from Hurricane Sandy. More than that, however, many of the workers who come to New Jersey and New York from out of state are likely to be unauthorized as well. At least, that was the experience of Louisiana following Hurricane Katrina in 2005. As described in a 2006 report by the University of California, Berkeley, and Tulane University, the migration of immigrant construction workers to New Orleans after the hurricane transformed the demography of the city. Whereas New Orleans had a relatively small Latino population before the hurricane, just a year later 45 percent of the city’s construction workers were Latino, and 54 percent of those were unauthorized.

The report, entitled Rebuilding After Katrina, emphasizes that even as these workers were performing a crucial function by rebuilding New Orleans, they were frequently subjected to unfair treatment. In part, this was facilitated by the Department of Labor, which lifted wage restrictions for two months, meaning that “contractors working on federally-funded construction projects could now pay their employees below prevailing federal wage standards.” Moreover, workers were frequently not provided with protective equipment when handling hazardous materials, a situation made possible by the failure of federal and local authorities to monitor construction sites.

In order to both protect immigrant workers on reconstruction projects and facilitate the vital work they do, the report makes a number of concrete recommendations:

Katrina has provided some valuable lessons which should be learned by any and all public officials involved in the clean-up following Hurricane Sandy. First, immigrant workers—including the unauthorized—are likely to be a critical part of the reconstruction workforce. Second, the contributions of these workers must be recognized and their labor rights protected, as with any worker. And third, we must create a pathway to legal status for the roughly 11 million unauthorized immigrants living in this country, so that we no longer have to engage in debates about whether or not “illegal” workers should be allowed to help the nation rebuild after a natural disaster.