Immigrants May Hold the Key to Urban Renewal in Baltimore 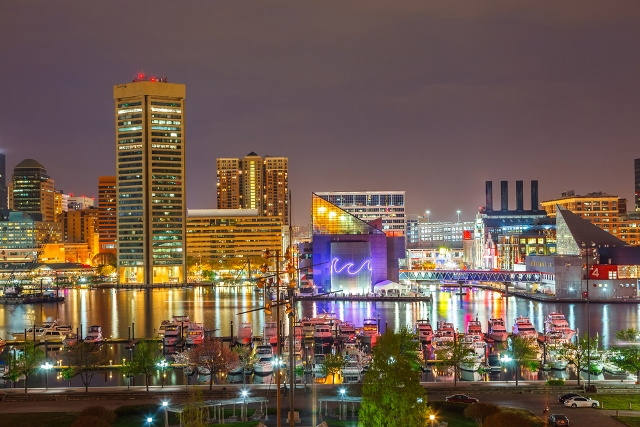 In an attempt to reverse decades of population decline, Baltimore Mayor Stephanie Rawlings-Blake has launched a high-profile effort to attract “new Americans” to the city. The theory is that these new Americans—that is, immigrants—will bring the skills, entrepreneurship, and tax base needed to revitalize blighted neighborhoods that are now full of boarded-up buildings rather than thriving businesses and family homes. The available evidence suggests that immigration can indeed be a powerful force for urban renewal. But most immigrants will not be drawn to a new city simply by a welcome sign. It is likely that they look for some signs of revitalization before they take the risk of uprooting their families and moving to a new place.

The ongoing effort by the Baltimore city government to attract immigrants is profiled in a new paper from Next American City and the National League of Cities, entitled “The Rise of the New Baltimoreans.” As the paper makes clear, the promise of immigration as an economic resource rests heavily on entrepreneurship. Immigrants are much more likely to create businesses than the native-born, and businesses create jobs, attract consumers, and generate substantial tax revenue. The paper cites a number of studies released this year which document and quantify the immense scale of the entrepreneurial power which immigrants wield. For instance:

Despite Baltimore’s demographic and economic woes, the city has not missed out entirely on this wave of immigrant entrepreneurship. The paper from Next American City and the National League of Cities points out that “nearly a quarter of the city’s small businesses are owned by immigrants, a disproportionately high amount considering foreign-born individuals make up only 9 percent of the population and 12 percent of the labor force.” The mayor’s initiative seeks to build upon that foundation and draw even more immigrants to Baltimore.

Not surprisingly, the mayor’s initiative has received criticism from all quarters. Some observers are critical of the assurances emanating from the mayor’s office that immigrants will not be asked about their legal status when accessing city services or dealing with the police. Others caution that neighborhoods must show some signs of revitalization before immigrants are going to move there. And some believe that the city simply lacks the infrastructure to accommodate a sizeable influx of immigrants.

Nevertheless, the weight of the evidence suggests that immigrants can serve as an economic catalyst under the right conditions. And Baltimore is not alone in attempting to tap into this source of economic power. Many other cities—Boston, Detroit, Dayton—have also created programs designed to attract immigrants and cultivate their economic potential. All of these programs are based on an understanding that immigrants don’t simply fill jobs, but create them as business owners, consumers, and tax payers.