Will the Third Time Be the Charm for the TRUST Act in California? 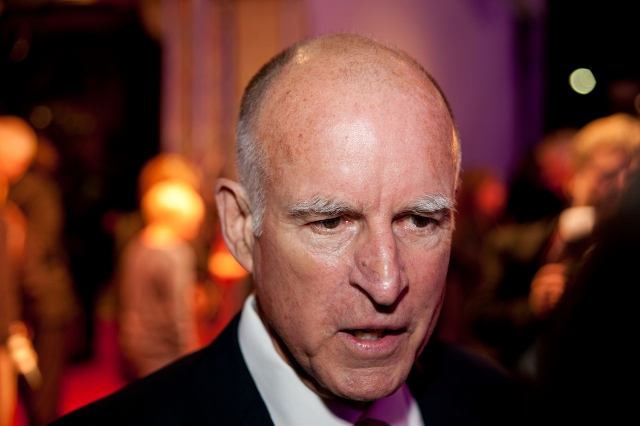 For the third time in three years, lawmakers in California will seek passage of the TRUST Act, a so-called “anti-Arizona” bill that would limit the ability of local authorities to honor requests from immigration authorities to continue detaining individuals on behalf of the federal government. Although Gov. Jerry Brown vetoed a similar version of the bill in September, supporters hope the third time for the bill will be the charm.

The initial version of the TRUST Act would have allowed local jurisdictions to opt out of Secure Communities, the controversial program that gives federal immigration authorities access to the fingerprints of all persons arrested by local police. Before lawmakers could pass the bill, however, the Department of Homeland Security rendered it moot by declaring that the program was mandatory. In response, lawmakers passed a revised version of the bill—dubbed TRUST Act 2.0—that would have minimized the impact of Secure Communities by limiting the situations in which local jurisdictions could honor federal immigration “detainers.” Although the bill passed by overwhelming margins, Gov. Jerry Brown vetoed it due to concerns that the list of crimes for which detainers could be honored excluded some serious offenses.

Although Gov. Brown pledged in his veto message to work with lawmakers to amend the bill, he has reportedly not yet met with any of its sponsors. In an apparent attempt to make the Governor set forth specific objections, the latest version of the bill—now dubbed TRUST Act 3.0—is virtually identical to the one passed by the legislature over the summer. Moreover, rather than expand the list of qualifying criminal offenses, the latest version would prevent local authorities from honoring immigration detainers unless individuals have been convicted of—but not charged with—crimes classified as violent or serious felonies under California law.

Regardless of whether the TRUST Act becomes law, other recent developments in California suggest that fewer immigration detainers will be honored in the state. In October, Los Angeles Police Chief Charlie Beck announced that the nation’s second largest police department would no longer honor detainers filed against suspects charged with minor offenses. And earlier today, California Attorney General Kamala Harris issued guidance to law enforcement agencies clarifying that immigration detainers are requests, not commands.

As we have noted before, passage of the TRUST Act would not prevent federal immigration authorities from arresting and deporting immigrants who are acquitted or convicted of only minor offenses. As long as DHS has access to arrestees’ fingerprints through the Secure Communities program, its agents could apprehend individuals as soon as they are released from state custody. To overcome this problem, California and other states could amend existing policies so that people arrested for traffic violations and other minor crimes don’t have their fingerprints taken in the first place. In the meantime, however, passing the TRUST Act would limit much of the damage caused by Secure Communities.