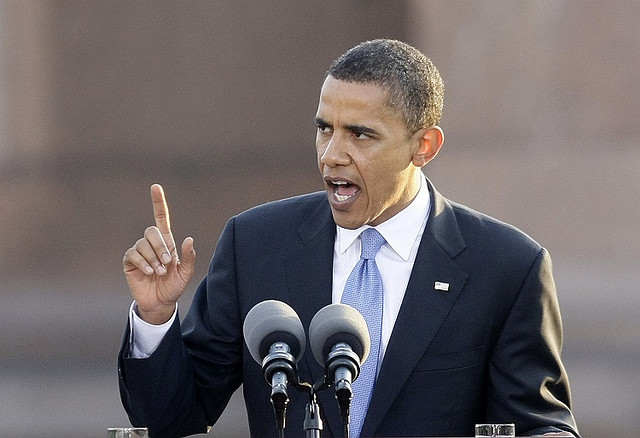 There is considerable debate at the moment over the prospects for immigration reform this year. On the one hand, an electorally chastened Republican Party seems to be reevaluating its long-standing support for deportation-only immigration policies. On the other hand, it looks as though the White House and Congress are embarking upon lengthy debates over gun control and tax-and-spending policies; debates which might leave little room for a rational discussion of U.S. immigration laws. Nevertheless, reports from the White House indicate that President Obama is ready to forge ahead on immigration reform. It remains to be seen, however, what form that will take. Will the President opt for a truly comprehensive solution, or will he adopt a more piecemeal type of reform that targets only some subsets of the immigrant population? Let us hope that the comprehensive approach prevails. The fates of millions of people have been hanging in the balance for far too long.

It’s not surprising to find some observers worrying that immigration reform will be pushed aside completely by the looming legislative battles over taxes, government spending, and gun control. But an unnamed Obama administration official told the Huffington Post that the president plans to move forward on immigration reform this month, although an actual bill would probably not come up for a vote until June. And, as President Obama said on NBC’s Meet The Press, not only is immigration reform “a top priority” for his second term, but “we have talked about it long enough. We know how we can fix it.”

Fixing it will not be a simple matter, however. According to Lynn Tramonte, deputy director at America’s Voice, and Muzaffar Chishti, director of the New York office of the Migration Policy Institute, if Obama is to prevail on immigration reform, he must show real leadership on the issue, clear the necessary space on the White House agenda, decide whether to introduce his own bill or wait for Congress to come up with one, acknowledge the power of the Latino voters who played a critical role in his reelection, maintain a clear and simple message, and move as fast as possible.

Of course, immigration reform legislation cannot pass without the support of the majority of House Republicans. Only a year ago, the prospects for such support were dim. But now, with the Republican Party engaged in very public soul searching over its future and its core principles, there may be a unique opportunity to gain more Republican support for immigration reform. As Tramonte wrote in The Hill’s Congress Blog: “The results of the 2012 elections showed that Republicans are teetering at the edge of a ‘demographic cliff.’ They have alienated Latino voters so thoroughly that they risk becoming a regional party unless something big changes, and changes soon.”

Meanwhile, Latino leaders plan to keep a close eye on Congress and track the votes and public statements of lawmakers when it comes to immigration reform. Latino leaders also plan to push for a truly comprehensive bill that creates a pathway to legal status for unauthorized immigrants now living in the United States. This runs counter to the piecemeal inclinations of some lawmakers who want to break up immigration reform into more easily digestible chunks: the DREAM Act perhaps, or more visas for high-skilled workers.

But such piecemeal measures don’t get to the root of the problem: the creation of a pathway to citizenship for all of the 11 million unauthorized immigrants now living in the United States, and the creation of flexible immigration limits that will forestall more unauthorized immigration in the future. For decades, the numbers of visas made available each year for both high-skilled and less-skilled workers have not risen and fallen with the changing needs of the U.S. economy. And the immigrant relatives of U.S. citizens and Lawful Permanent Residents have been made to wait up to 20 years for visas that will allow them to legally reunite with their families. If these problems are to be fixed for good, the U.S. immigration system needs a thorough overhaul, not more tinkering.