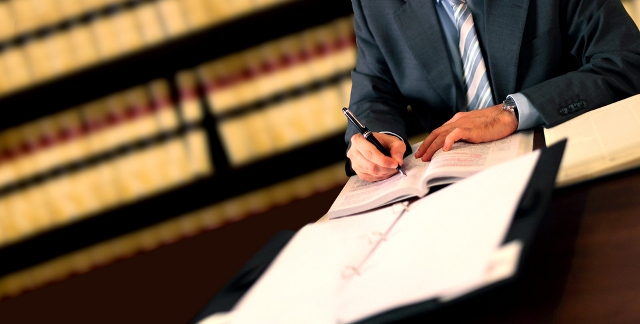 Shortly after the administration began accepting applications under the Deferred Action for Childhood Arrivals (DACA) program, Kris Kobach—the author of Arizona SB 1070 and other notorious state immigration laws—filed a lawsuit on behalf of ten disgruntled immigration agents seeking to halt the program in its tracks.  The lawsuit has largely been viewed as a politically motivated stunt, with little chance of success in court. Now, a new law review article by University of Virginia law professor David Martin, one of the nation’s premier experts on immigration law, systematically debunks Kobach’s legal arguments.

As we have previously explained, Kobach’s lawsuit relies on a novel if not unprecedented legal argument: that federal law requires the initiation of removal proceedings against any immigrant who has never been “admitted” to the United States. In other words, federal agents have no discretion to defer removal or otherwise choose not to enforce the law against a particular immigrant.  Under this theory, which has never been followed by past administrations, Kobach contends that the DACA program—which defers enforcement action against qualified applicants for a two-year period—forces immigration officials to either violate their oaths to uphold the Constitution, or face disciplinary action for disregarding their superiors’ DACA instructions.

Martin, who has served in high profile legal positions under both Obama and Clinton, has long been respected as one of the nation’s leading scholars on immigration, and his new law review article neatly exposes the flaws in Kobach’s argument. To begin with, as Martin points out, Kobach’s argument does not even cover the full range of DACA applicants because his legal analysis only applies to those who have never been “admitted” United States, i.e., those who came into the country without going through an official port of entry. By contrast, substantial numbers of DREAMers initially entered the country in a lawful manner and are presently undocumented because they overstayed a valid visa.

Moreover, even as applied to immigrants who have never been “admitted,” Kobach’s theory ignores the context in which the relevant legal provisions were enacted. As Martin points out, a main provision on which Kobach relies was passed in 1996 as part of a major restructuring of the immigration laws. To eliminate a potential conflict with an existing decision from the Board of Immigration Appeals, Congress mandated that any immigrant who had not been “admitted” to the country should be considered an “applicant for admission,” rendering them eligible for immediate placement in removal proceedings. In other words, rather than requiring the government to initiate removal proceedings against immigrants who have never been “admitted,” the laws in question were meant to give officials the ability to do so.

Finally, far from being specific to the DACA program, Kobach’s argument would undermine the legality of administrative practices that have existed since at least the passage of the Immigration and Nationality Act of 1952. As Martin points out, under Kobach’s theory:

In short, while Martin was not the first commentator to discuss the legal shortcomings of Kobach’s DACA lawsuit, his article is by far the most detailed and definitive. In the ongoing litigation, it should serve as the lead exhibit for why Kobach’s latest legal escape should be thrown out of court.