The U.S. Has Been Implementing an “Enforcement-First” Immigration Policy for More Than a Decade 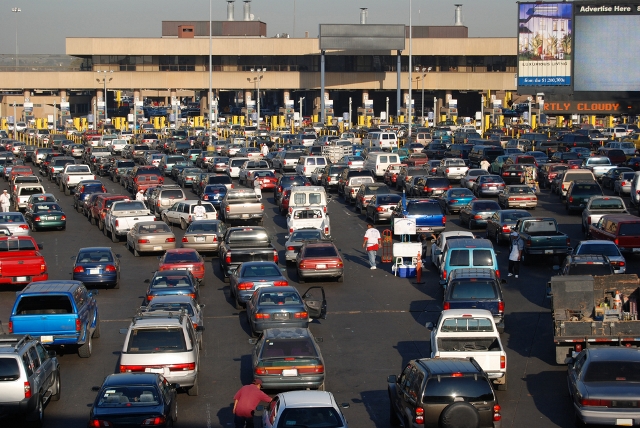 Anti-immigrant activists often say that we must first enforce current U.S. immigration laws before even considering any reforms that might grant legal status to unauthorized immigrants already living in the country. However, as the Migration Policy Institute (MPI) documents in a comprehensive new report (and a more condensed Report in Brief), that is what we have been doing for more than a decade. Ever since 9/11, the expansion and intensification of immigration enforcement has been the one approach to immigration policy that the majority of lawmakers on both sides of the aisle have whole-heartedly endorsed. This suggests that the “let’s wait a while” approach advocated by anti-immigrant groups is completely unjustified, and has been for a long time.

-This is significantly greater than the $14.4 billion spent on all Department of Justice law-enforcement agencies combined: the Federal Bureau of Investigation (FBI), Drug Enforcement Agency (DEA), Secret Service, U.S. Marshals Service, and Bureau of Alcohol, Tobacco, Firearms, and Explosives (ATF).

-This is 15 times greater than the budget of the U.S. Immigration and Naturalization Service (INS) in 1986.

In short, the report “depicts an historic transformation of immigration enforcement and the emergence of a complex, modernized, cross-governmental immigration enforcement system that projects beyond the nation’s borders and at the same time reaches into local jails and courtrooms across the United States to generate an unparalleled degree of enforcement activity.” This elaborate system consists of six components:

The MPI report also notes the significance of the “Risk-Based Strategic Plan” announced by the U.S. Border Patrol in 2012. This plan calls for the channeling of enforcement resources to “high-risk” geographic areas and migrant flows. According to MPI, this means that DHS “has defined its task as managing, not sealing, borders. Thus, it has rejected the idea of preventing all illegal entries as a goal because it is not an attainable outcome of border enforcement.” Put differently, an “enforcement-first” approach to unauthorized immigration won’t eliminate unauthorized immigration because doing so involves more than just enforcement; is also requires the creation of immigration laws that are actually enforceable in the real world.

We’ve been doing “enforcement first” for more than a decade. It’s time to take the next step and revamp the nation’s immigration laws.