Out of Legal Options, Alabama Files Petition at Supreme Court 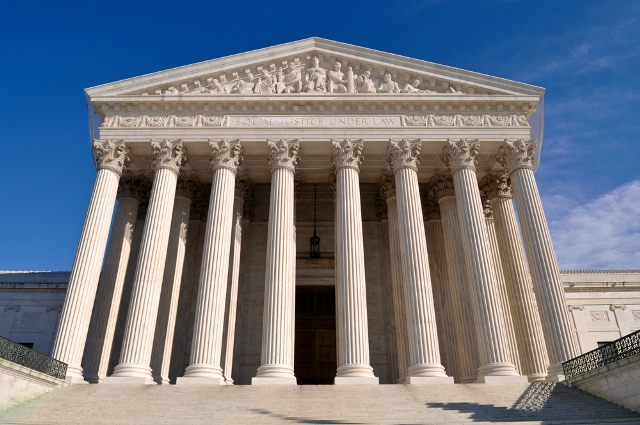 Nearly five months ago, a federal appeals court in Atlanta issued a set of opinions that invalidated numerous provisions of Alabama HB 56, the most pernicious state immigration law in the country. After Alabama asked the full court to reconsider its rulings, the active judges unanimously rejected its request. Out of other legal options, the state filed a petition with the Supreme Court on Wednesday seeking to revive some (though not all) of the invalidated provisions. While the odds remain small that the Justices will take up the case, granting the petition could set up another legal showdown similar to the case over Arizona SB 1070.

Because of the staggered way in which the Eleventh Circuit resolved the cases, however, Wednesday’s petition deals only with provisions struck down in the suit brought by the Department of Justice. As of today, the state has more than a month left to challenge the ruling in the separate case brought by civil and immigrants’ rights groups, which struck down the notorious provision requiring school administrators to determine the immigration status of students at the time of enrollment.

Of additional importance, Wednesday’s petition did not challenge the invalidation of numerous other provisions struck down by the Eleventh Circuit. For example, Alabama declined to defend provisions of HB 56 that would have made entering a rental agreement itself a form of “harboring,” and which would have barred courts from enforcing most contracts with immigrants who are unlawfully present. By failing to challenge these aspects of the Eleventh Circuit’s ruling, Alabama has effectively abandoned its legal defense of the provisions.

Filing the petition is just the first step, however. The Justice Department has until late February to respond, but it could very well receive at least one extension. Moreover, if Alabama files a second petition in the suit brought by civil rights groups, the Court would likely wait until each case is briefed and consider both at once. Under either scenario, it is possible that the Justices won’t make a decision before they recess for the summer—in which case an announcement would not come until the end of September at the earliest.

Whatever the Justices decide, Alabama’s mere filing of the petition is itself a disappointing development. When Arizona filed its original petition in the SB 1070 case, it could at least claim that Congress was abdicating its responsibility to fix our nation’s immigration system. But with federal lawmakers now poised to finally tackle immigration reform, Alabama’s petition will serve only as an unwanted distraction. The Supreme Court made clear that the federal government—and the federal government alone—is responsible for determining the nation’s immigration policy. Now that Congress is set to take up the issue, Alabama should let federal lawmakers do their job.