Getting to a Citizenship Consensus 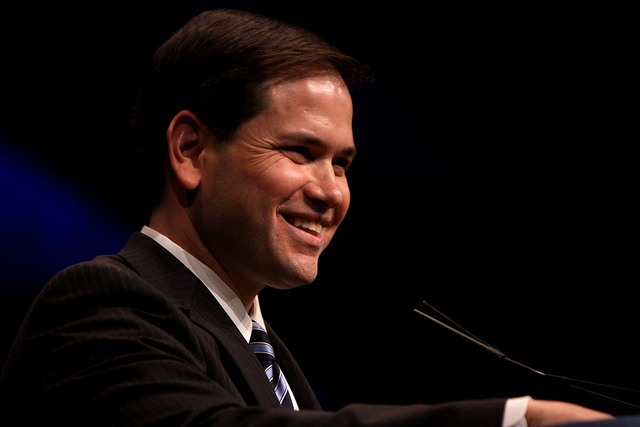 Immigration reform is enjoying a resurgence of support in both parties, with groups from a variety of backgrounds coming out in favor of a range of changes to our current system.  The most striking change may be the melting of opposition to a pathway to citizenship for the 11 million undocumented immigrants in the U.S.  But acceding to citizenship and creating a system that will actually allow people to get there are two different things.

The emerging consensus became particularly clear when, in a recent interview with the Wall Street Journal, Florida’s Republican Senator Marco Rubio came out in favor of providing a roadmap to citizenship for America’s undocumented immigrants.  Rubio’s ideas – which favor stronger enforcement and a piecemeal approach to legislation, but do not make either a precondition for negotiation – were quickly embraced by several prominent conservatives, including Grover Norquist and Wisconsin Congressman Paul Ryan, who, like Rubio, is considered a favorite for the GOP’s 2016 Presidential nomination.  Also on board were conservative pundits like Bill O’Reilly, who called the plan “fair,” and Washington Post columnist Jennifer Rubin, who said it was “a defining moment for the right.”

However, as the weeks pass and no new details of the Rubio plan emerge, many immigration advocates worry that Rubio’s insistence on putting the undocumented at the “back of the line,” behind the millions of people currently waiting to immigrate legally, could mean that citizenship is an elusive promise, adding to the backlog without expanding the number of visas handed out.

And even though there’s a growing consensus, the consensus isn’t complete:  the hard-core restrictionist wing of the conservative movement is still not on board. Texas Representative Lamar Smith continues to mischaracterize a roadmap to citizenship as an “amnesty” and Kansas Secretary of State Kris Kobach recently said that President Obama’s immigration plans were “out of touch” with the American people.  The American people, however, favor the roadmap by nearly 2 to 1, and favor other parts of immigration reform – such as the DREAM Act – by even wider margins.

There’s still disagreement regarding the degree of enforcement, the future allocation of visas, how arduous of a process the undocumented would have to go through to gain Legal Permanent Resident (LPR) status, and a whole array of other issues, but by acknowledging the importance of citizenship, both sides may be finally working from the same book, even if they aren’t yet on the same page.