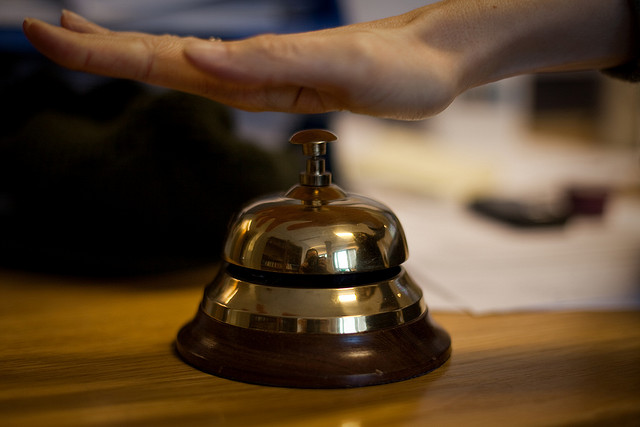 This week, the White House revealed that President Obama will lay out a proposal for immigration reform at a speech in Nevada next week.  The visit to the home state of Senate Majority Leader Harry Reid may reflect the strong support Reid and Nevada Latinos have given to Obama. It also follows Senator Reid’s clear message this week of his ongoing intent to press for immigration reform by putting it at the top of the Senate legislative priorities list for the 113th Congress.  Although symbolic, the first bill introduced in the Senate this year, S. 1, is a bill to reform America’s broken immigration system or “The Immigration Reform that Works for America’s Future Act.”  It contains ten principles for reform that reflect much of the common wisdom on what is needed to create a working and productive immigration system. Now, all we need is the actual bill.

At the beginning of each new Congress, the Senate majority leader traditionally identifies a package of top priority bills, signaling the issues that the majority party most wants to address.  Not surprisingly, the Democratic leadership list reflects the key issues of the day, including gun control, immigration, education and fiscal reform, but there is something to be said for the ranking.  In 2009, for instance, immigration made the top ten as S. 9, The Stronger Economy, Stronger Borders Act, but climbed to sixth place in in 2011 as S. 6, The Reform America’s Broken Immigration System Act. This year, however, immigration tops the charts, with a title reflecting a more forward-looking agenda.

The principles listed in the resolution equally emphasize the need to look forward rather than backward in trying to resolve our immigration crisis.  Consequently, the bill declares that it is the “sense of the Senate” that immigration reform should create a roadmap to citizenship for the undocumented, encourage job creation and growth through immigrant investment and improved mechanisms of retaining foreign students, support the DREAM Act and AgJobs, continue our humanitarian traditions of asylum and refugee protection, strengthen the border and ports of entry, and make use of an effective employment verification system to prevent employers from hiring  people without work authorization.  Many of these same ideas were reflected in the earlier symbolic bills, but the language this time around is more positive and less focused on enforcement, reflecting the growing demand from the public that we stop looking at immigration only through an enforcement lens.

To that end, the principles also list two broader goals, worth quoting in their entirety:

9) implement a rational legal immigration system that promotes job creation by converting the current flow of illegal immigrants into the United States into a more manageable, controlled, and legal process for admitting immigrants while, at the same time, safeguarding the jobs, rights, and wages of American workers; and

10) adopt practical and fair immigration reforms to help ensure that all families are able to be together.

Ultimately, these last two goals reflect both the aspirations and difficulties of getting immigration reform right.  We want a system that lifts up everyone—foreign born and native alike, that is fair to workers and to employers and that preserves fundamental American values including the principle of keeping families together.

Clearly, it is still easier to agree at the 60,000 foot-level than on the details of all these issues, and not everyone who supports immigration reform is equally on board with the principles laid out.  Still, it’s fair to say that a few chants of “we’re number one,” are in order this week.  Now it’s time to see what President Obama proposes, what the Senate introduces, and how far we can go and still get the votes needed to make reform a reality.