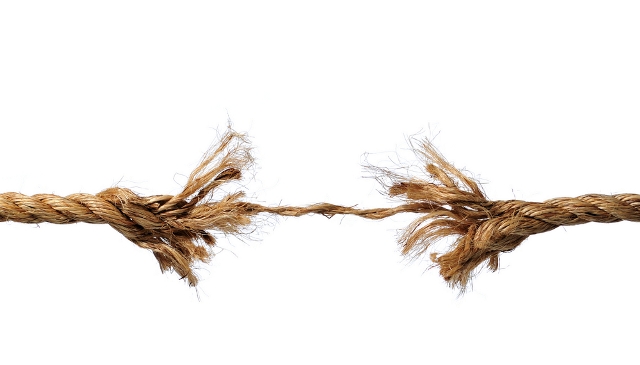 Lost amidst coverage of recent immigration reform proposals was a ruling issued last Friday in Kris Kobach’s legal crusade against the Deferred Action for Childhood Arrivals (DACA) program. The lawsuit, filed last summer in a federal court in Dallas, alleges the program violates an obscure provision of the immigration laws that supposedly prohibits immigrants who entered the country unlawfully from receiving deferred action. Although the ruling in question allowed the case to move forward, the presiding judge rejected the vast majority of Kobach’s arguments and left the suit hanging by a thin legal thread.

Filed on behalf of numerous ICE agents and the state of Mississippi, the lawsuit—Crane v. Napolitano—is based on a novel interpretation of the immigration laws that has not been followed by any prior administration. According to Kobach, changes made to the immigration laws in 1996 now require ICE officers to initiate removal proceedings against any immigrant they encounter who has never been “admitted” to the United States. Under this theory, ICE agents are forced to violate the immigration laws any time they release a suspected violator who is eligible for relief under the DACA program.

Without addressing the merits of Kobach’s argument, Friday’s ruling dismissed the majority of his claims because the plaintiffs lacked “standing” to bring suit in the first place. Judge Reed O’Connor rejected Kobach’s principal contention that ICE agents could sue because implementing the program would (allegedly) require them to violate their oaths of office. The judge also ruled that ICE agents could not challenge the issuance of work permits by U.S. Citizenship and Immigration Services (USCIS), an entirely separate agency. And Judge O’Connor found that any indirect fiscal costs that Mississippi might incur due to the DACA program were purely speculative.

Yet despite dismissing most of Kobach’s arguments, the judge unfortunately agreed on one point: that the agents had standing to challenge the DACA program because they faced disciplinary action if they followed their understanding of the law and disregarded their superiors’ instructions. By analogy, Judge O’Connor noted that people whose lives are affected by new legislation may challenge its validity without facing an actual criminal prosecution. Assuming for the sake of argument that Kobach’s legal theory was correct, the judge found the threat of disciplinary action was sufficiently probable to let the agents challenge DACA’s legality.

By treating ICE agents like ordinary citizens, however, Judge O’Connor overlooked an important facet of our legal system: the judiciary is not designed to resolve disputes entirely within other branches of government. For example, federal employees who think their superiors’ instructions are unlawful are free to file a grievance or resign in protest, but they cannot sue them in federal court. Indeed, if courts had jurisdiction over such claims, executive employees could—quite literally—turn any legal disagreement with their superiors into a federal lawsuit, a result that would bring both branches of government to a standstill.

Notwithstanding this aspect of Judge O’Connor’s ruling, the odds Kobach will prevail remain small. To begin with, the judge could still find the agents should have first raised an internal grievance under their collective bargaining agreement. Alternatively, the judge could reject the plaintiffs’ underlying legal argument, i.e., that federal law requires them to initiate removal proceedings against immigrant who entered the country unlawfully. Indeed, as renowned immigration expert David Martin explained in a recent article, Kobach’s claim is based on a fundamental misreading of the Immigration and Nationality Act (INA).

Regardless of the outcome of the case, both the DACA program and those who receive deferred action under it are unlikely to be affected. Based on Friday’s ruling, the most Kobach could hope to accomplish is an order allowing ICE agents to formally initiate removal proceedings against DREAMers they happen to encounter. But once placed into proceedings, qualified applicants could still seek and obtain deferred action from USCIS. Thus, even by “winning” the lawsuit, the only thing Kobach would accomplish would be allowing ICE agents to issue pieces of paper of little practical significance.