Why Should We Support a Legalization Program for Unauthorized Immigrants? 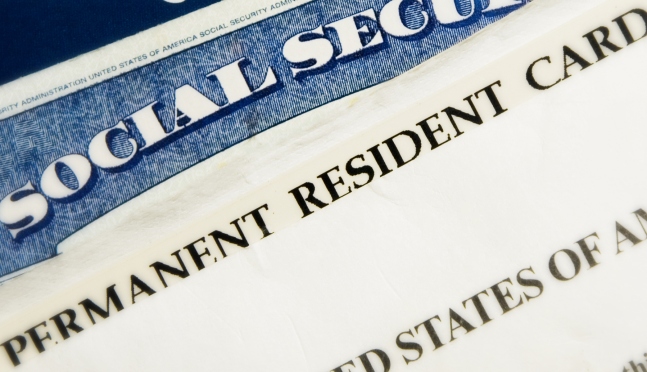 As the immigration debate heats up in Congress, the central question for much of the American public will be whether or not to create a pathway to legal status for the 11 million unauthorized immigrants now living in the United States. In formulating an answer to that question, however, it is necessary to ask two others. First, exactly who are the unauthorized immigrants who would be attaining legal status? Secondly, what would the impact be on the U.S. economy were so many unauthorized immigrants to be legalized? The answer to the first question is relatively simple: unauthorized immigrants are just like everybody else; they are adults and children, mothers and fathers, homeowners and churchgoers. The short answer to the second question is that legalization would be a stimulus to the U.S. economy. Workers with legal status earn higher wages, and these extra earnings generate more tax revenue for federal, state, and local governments, as well as more consumer spending, which sustains more jobs in U.S. businesses.

In terms of gauging the likely economic impact of a legalization program, recent U.S. history provides a useful example. The 1986 Immigration Reform and Control Act (IRCA) enabled approximately 3 million unauthorized immigrants to acquire legal status, and many researchers have tracked their socioeconomic progress over time. For instance, a report by Rob Paral and Associates found that:

“Between 1990 and 2006, the educational attainment of IRCA immigrants increased substantially, their poverty rates fell dramatically, and their home ownership rates improved tremendously. Moreover, their real wages rose, many of them moved into managerial positions, and the vast majority did not depend upon public assistance.”

Similarly, Sherrie A. Kossoudji of the University of Michigan writes that:

“My own research has shown that IRCA provided immediate direct benefits by successfully turning formerly clandestine workers into higher-paid employees. Other researchers have shown that IRCA provided unexpected indirect benefits to the communities where legalized immigrants resided…the legalized population became participating community members—nearly two out of five people who legalized under IRCA were U.S. citizens by 2001.”

Recent studies which have incorporated the lessons of IRCA suggest that the economic value of a new legalization program would be substantial, amounting to tens of billions of dollars in added income, billions of dollars in additional tax revenue, and hundreds of thousands of new jobs for native-born and immigrant workers alike. For instance, a simulation run by Raúl Hinojosa-Ojeda and his colleagues at UCLA found that, during the first three years following legalization:

Likewise, a study by Manuel Pastor and his colleagues at the University of Southern California found that California’s unauthorized Latino population lost out on $2.2 billion in wages each year because of their lack of legal status. Were they to earn the additional $2.2 billion:

“This rise in income would spur direct consumption spending by about $1.75 billion dollars, which would ripple throughout the state economy, generating an additional $1.5 billion in indirect local spending. Such an increase in direct and indirect consumer spending of about $3.25 billion would generate over 25,000 additional jobs in the state.”

In sum, the majority of unauthorized immigrants are long-time residents of the United States who have already become part of the nation’s social and economic fabric. A legalization program would deepen their social integration and amplify their economic contributions, to the benefit not only of the immigrants themselves, but of the nation as a whole. Native-born Americans should not fear the legalization of unauthorized immigrants; they should welcome it as an act of humanity and of enlightened self-interest.