New Report Shows That Border Benchmarks Already Have Been Met 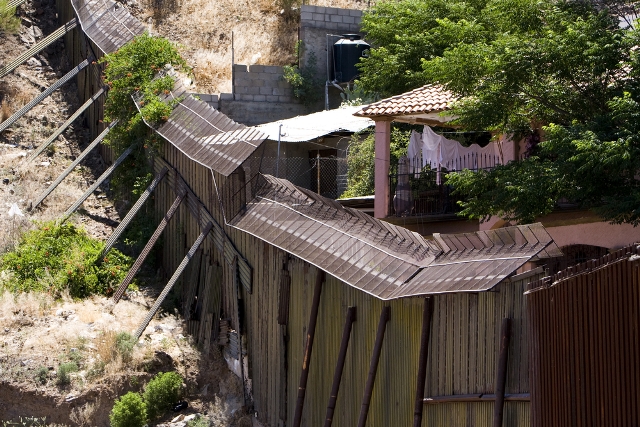 As the components of what should be included in an immigration reform bill take shape, border security, along with enforcement, is proving to be a key part of the framework. Eight senators released a bipartisan proposal earlier this week that included a path to citizenship for the 11 million unauthorized immigrants currently living in the United States. The catch is that implementation of this provision is “contingent upon our success in securing our borders and addressing visa overstays.” The day after the senators presented their framework, President Obama laid out his vision of what should be included in immigration reform legislation during a speech to labor leaders in Nevada. The president called for a clear path to citizenship that’s not contingent on securing the border, but he said the nation needs to stay focused on immigration enforcement. “That means continuing to strengthen security at our borders,” Obama said during his speech. “It means cracking down more forcefully on businesses that knowingly hire undocumented workers.”

Despite the continued calls to use more resources to reach “operational control” of the border, the American Immigration Lawyers Association (AILA) released a report this week finding that the border security benchmarks of the past immigration reform bills have been met or exceeded. Immigration reform bills in 2006, 2007, and 2010 included more border agents and high-tech surveillance, as well as fences along the U.S.-Mexico border and the expanded use of detention. The 2007 measure would have required certain benchmarks that would have to be met before legalization could take place. Although none of these bills became law, they greatly influenced thinking about immigration enforcement in U.S. policy without clear measures of when border security is achieved:

[A] resource-heavy approach has been implemented and has resulted in a dramatic build-up of border security and a massive expenditure of resources focused on the following: 1) Achieving “operational control” of the border; 2) Increasing border personnel; 3) Increasing border infrastructure and surveil­lance; and 4) Increasing penalties for border crossers, including prosecution and incarceration. In FY 2012, Customs and Border Protection (CBP) alone was funded at $11.7 billion, an increase of 64% since FY 2006.2 In 2010, Congress passed a special border security bill providing an additional $600 million on top of the amount already appropriated. […]

Missing from these proposals is a proven way to mea­sure when the border is reasonably secure. For example, lawmakers call for dramatic increases in spending on border agents without stating how many more person­nel are actually needed to ensure border security. The 2007 bill proposed raising the total number of border agents to 20,000, but never explained why that num­ber of agents is necessary. In fact, the number of agents on the border has increased steadily for the past several years. In 2011, there were 21,444 border agents, nearly double the number in 2006. Despite these increases, which exceed the number proposed in the 2007 bill, calls for more border agents persist.

The 2006 Secure Fence Act, which aims for the border to be 100 percent sealed, is unattainable, and the Senate framework mentions the apprehension of every unauthorized entrant, which is also an impossible measure. Meanwhile, the Department of Homeland Security has stopped focusing on “operational control” as an outcome, and the U.S. has surpassed other benchmarks from the previous bills. There are now 21,444 border patrol agents, which is 1,000 more than what the 2007 bill required. As of 2012, more than 600 miles of fencing has been constructed across the U.S. border, even though the 2007 bill called for 370 miles. Additionally, according to the Migration Policy Institute, the nation spent $17.9 billion on immigration enforcement – almost most $4 billion more than the budgets of all other federal law enforcement agencies combined.

For the last decade, we’ve been doing “enforcement first” immigration policy. The new AILA report  is one more reason why Congress and the President need to resist the urge to throw more money and resources at the border when it is unclear that will make our country more secure. Instead, it is time to revamp our broken immigration laws.