How States And Local Economies Benefit From Immigrants 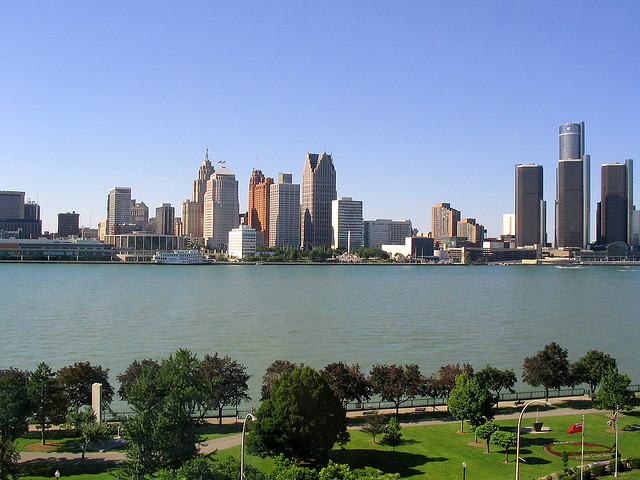 Detroit usurped Jefferson County, Alabama’s place last week as the largest municipality in the United States ever to file for bankruptcy. And as signs increasingly pointed toward the city’s financial issues, local leaders in Southeast Michigan have been exploring ways in which to stabilize or strengthen Detroit’s economy. One way to do that is to encourage more immigrants to settle there. New restaurants, shops, and residents already have helped to revitalize one area in Southwest Detroit called Mexicantown. And there is no doubt that immigrant entrepreneurs and innovators play an important role throughout Michigan as well. Immigrant entrepreneurs create jobs, bring in additional revenue, and contribute significantly to the state’s economy. Highly skilled immigrants are vital to the state’s innovation activities, spurring further growth. As such, local leaders and advocates recognize the importance of immigrants in their communities and support immigration through local “welcoming” and integration initiatives.

Back in Detroit, the communities to which immigrants have moved have become more stable, according to Steve Tobocman, director of Global Detroit. Tobocman described increased immigration to Detroit as “the single great urban revitalization strategy in modern-day America, and it’s one that doesn’t cost tax dollars.” He further noted that, for cities like Detroit, “international immigration seems to be by far the most important population growth or population stabilization strategy.”

Without a doubt, local leaders in cities and metro areas around the country recognize the important role immigrants and immigrant entrepreneurs may play in helping to stabilize, revitalize, and strengthen their local communities. Welcoming and encouraging immigrants is an important component of a place’s broader strategy for growing their economy and strengthening their community, and it further shows how immigration reform would boost state and local tax revenues along with helping the U.S. economy.