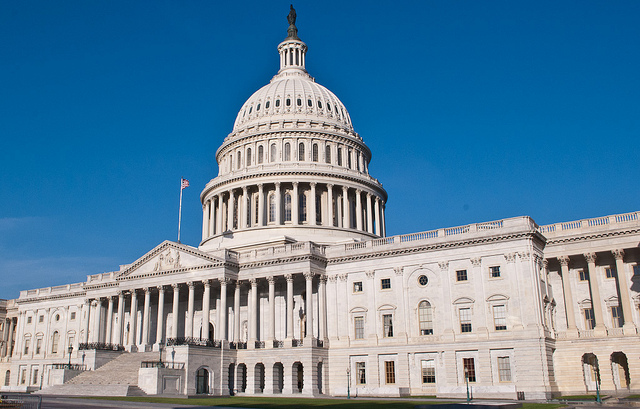 Several Democrats in the House of Representatives proposed H.R. 15, an immigration reform bill today that addresses border security, legalization of undocumented immigrants, interior enforcement of the immigration laws, and fixes for our dysfunctional legal immigration programs. This bill is based on S.744, which the Senate passed in June, but removes the Corker-Hoeven border security amendment. Instead, the House Democrats’ bill replaces it with Rep. Michael McCaul’s (R-TX) bipartisan House border security bill, H.R. 1417, which the Homeland Security Committee passed unanimously in May.

At a press conference introducing the bill, House members emphasized the bipartisan support for the elements within the new bill. Saying they were ready to move on immigration reform, Rep. Xavier Becerrra (CA) said they were introducing a bill that has been “proven to get bipartisan votes” in both chambers. And Rep. Steven Horsford (NV), who helped draft the legislation, said there is a broad coalition that understands the serious need for immigration reform. “We cannot let toxic obstructionism kill this common-sense proposal. … No more waiting. Now is the time to get this done,” Horsford said.

So what is in this bill? It is based on the Senate bill as passed by the Judiciary Committee, before the Corker-Hoeven “border surge” amendment and after six floor amendments were included. In place of the controversial Corker-Hoeven amendment, which was criticized for indiscriminately “militarizing” the border, the bill incorporates the bipartisan House border security bill, H.R. 1417, or McCaul-Thompson bill. The McCaul-Thompson bill takes a more measured approach, requiring extensive reporting and metrics to measure progress and accountability.

However, because the McCaul-Thompson bill is a stand-alone bill, it did not tie the achievement of security requirements, or “triggers,” to the legalization of the millions undocumented immigrants already in the U.S., as the Senate bill did. Instead of modifying the McCaul bill and converting its requirements into “triggers,” the House bill presents the Senate security measures and triggers as an alternative security strategy. At the discretion of the Homeland Security secretary, the Senate border security strategies may be implemented and the achievement of the Senate security triggers may be required before the undocumented are allowed to obtain Registered Provisional Immigrant (RPI) status and lawful permanent residence (a “green card”).

Based on the available summaries, the primary distinction between H.R. 15 and S. 744 is the elimination of the border surge provisions in the Senate bill, which translates into elimination of the $30 billion dollar increase in border spending proposed by Corker-Hoeven, and the inclusion of more requirements for  measuring and assessing  border security needs and successes.  Because numerous other amendments were added at the same time as Corker-Hoeven, however, some changes in the Senate bill that affected legal immigrants, the RPI program, and various nonimmigrant visas are also omitted.

House Minority Leader Nancy Pelosi said during the bill’s introduction that this latest comprehensive bill is a series of the characteristics and policies they would like to see in an immigration bill that passes the House. “This is not a challenge to the speaker. This is a suggestion,” Pelosi said. It is not a perfect piece of legislation, but it is an important effort to keep the conversation and momentum on immigration reform moving forward in the House.