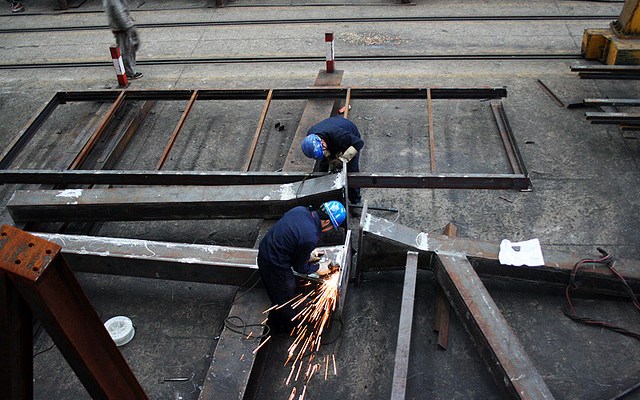 Like Rust Belt cities such as Baltimore and Detroit, rural towns across America have experienced population declines in recent decades. Some places, however, are an exception to that trend thanks in part to the arrival of immigrants. For example, while other Iowa towns experienced population decline over the past several decades, West Liberty’s population grew because of immigration. As Steve Hanson, superintendent of West Liberty Community School District, notes, “in the last 20-30 years we would have had a population decline if we hadn’t had immigrants come in [for] jobs in the food manufacturing business. They provide a source of labor that wouldn’t have been there.” And West Liberty’s Mayor, Chad Thomas, said immigration has “kept a lot of storefronts and businesses open that probably otherwise would have closed.”

A new report from the Bread for the World Institute presents research findings from a year-long study of three cities—Baltimore, Detroit, and southeastern Iowa. The study sites were chosen “based both on the city or town’s status as part of a region that has been losing population over decades, and on whether efforts to reach out to and integrate immigrants are being made by local governments or a nongovernmental organization. All three sites host growing immigrant communities, and together, they offer geographic and economic diversity.” The report focused on the important role that  “blue collar” immigrants and immigrant small business owners play in helping to revitalize depressed communities and economies, particularly in Rust Belt locales that have been losing population for years.

In these cities and across the region, the report found that “immigration is slowing—and in some cases reversing—decades of population decline in American Rust Belt communities, from Baltimore to Detroit to rural Iowa.”  Immigrants in Rust Belt cities are more likely to be small business owners than those in other parts of the United States. And to continue this growth, the report adds, legalization and a path to citizenship for the undocumented is an important component of immigration policy change in communities throughout the United States. Undocumented immigrants need a path to legalization and citizenship to maximize their economic contributions in their communities. Without the prospect of citizenship, immigrant integration efforts will have limited impact, and aspiring citizens will have a harder time maximizing their economic contribution to community revitalization efforts throughout the country and in Rust Belt cities in particular.

Cities and towns are the places where immigrants live and work, and where immigration and integration policies play out on a daily basis. As the report’s author Andrew Wainer explains in the National Journal, it is important to make the link between the positive impacts of immigrants in cities and national immigration policy. He described that “efforts of Rust Belt cities to attract newcomers are sometimes at cross purposes with a federal immigration-enforcement system that targets immigrant families, workers, and entrepreneurs who support local economies. In Detroit, for example, immigration advocates say that enforcement and increased deportations are slowing the urban revitalization in the southwest part of the city that occurred during the early- and mid-2000s.” Without real aspirations for citizenship, Wainer says, “unauthorized immigrants are subject to living in a climate of fear even as they work to help America’s struggling cities and towns survive.”  The important role immigrants play in revitalizing American cities is one more reason why Congress should pass immigration reform legislation that includes a path to citizenship so that people who already call the U.S. home can continue to expand their opportunities to the benefit of everyone.