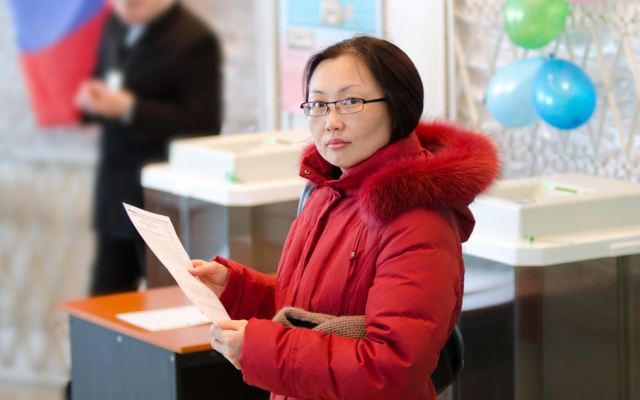 In a Dickensian tale of two campaigns for governor, the Republican Party watched two very different strategies unfold on how to embrace or reject Latino voters on Tuesday. A majority of Latino voters voted for New Jersey Gov. Chris Christie as he soundly won reelection, while Ken Cuccinelli lost his campaign to be Virginia’s governor after alienating Latinos with his anti-immigrant positions. As Jordan Fabian at Fusion explains, Christie offered Republicans a path for how to make inroads with Latinos, but “Cuccinelli’s campaign, on the other hand, fell into the same traps that have doomed Republicans in the last two elections.”

Christie won 51 percent of Latino voters on Tuesday, according to exit polls. That was an enormous jump from his 2009 election when he narrowly beat Democrat Jon Corzine but only had support from 32 percent of Latino voters. The gains can be attributed to his extensive outreach to minority communities “Christie didn’t take an antagonistic approach – he wasn’t about ‘here’s the groups I don’t like, I don’t like immigrants, or gay marriage’ and he literally embraced diversity, when he talked about all the different people he had hugged in the campaign,” Latino Decisions political scientist Sylvia Manzano told NBC Latino. And Christie also embraced pro-immigrant policy positions, like supporting immigration reform that includes a path to citizenship and allowing undocumented students to pay in-state tuition at New Jersey public colleges and universities.

While Cuccinelli narrowly lost to Democrat Terry McAuliffe in the total vount count, he lost by a landslide among Latino and Asian voters. According to an election eve poll from Latino Decisions, 66 percent of Latinos and 63 percent of Asians said they would cast their ballots for McAuliffe. Based on the data, that gave McAuliffe a 50,000 vote margin over Cuccinelli among the two voting groups; a margin that could have helped overcome the final margin between the two candidates of 55,000 votes. Cuccinelli could ill-afford to alienate minority voters as they make up a growing share of Virginia voters. In 2009, during the last gubernatorial election, white voters made up 78 percent of the Virginia electorate, but that percentage dropped to 72 percent this year. And Asian and Latino voters are not exclusively Democratic voters either; 58 percent of Latino voters and 68 percent of Asian voters polled by Latino Decisions reported that they had previously voted for Republicans.

Cuccinelli’s anti-immigrant positions—for example, sponsoring a law to revoke citizenship from children with undocumented parents—didn’t just hurt his own chances of being elected. When Asian and Latino voters polled were told that he had compared immigrant families to rats, Latino voters were 70 percent less favorable of the entire Republican Party. And Latino voters were 75 percent less favorable toward the GOP when they learned Cuccinelli had sponsored a bill to make speaking another language a fireable offense in Virginia. “This is one of those instances where good policy is good politics,” said Michael Keegan, president of People for the American Way, during a conference call on the Latino Decisions poll results.

The Republican Party is still attempting to figure out how to attract Latino and new immigrant voters into the fold, but as these elections show, both parties stand to gain from reaching bipartisan solutions on immigration reform and lose when their members adopt hateful anti-immigrant rhetoric and policy positions.