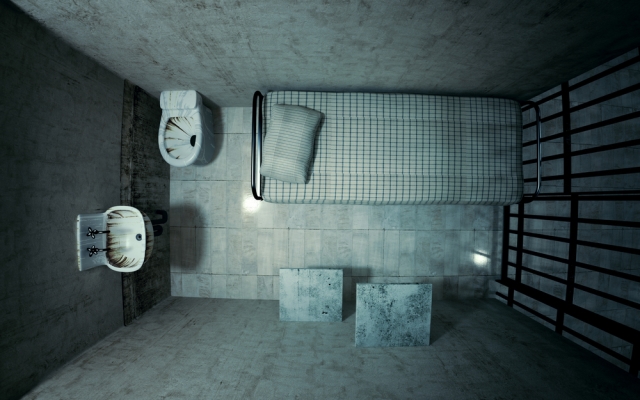 Asylum seekers—often scarred by physical and mental trauma—seek safety and refuge from genocide, religious persecution, organized violence, or other life-threatening conditions. They embark on dangerous and lengthy journeys in hope of being welcomed at our borders. Instead, upon arrival, asylum seekers routinely are arrested, shackled, and sent to detention facilities where they may be subjected to dehumanizing and degrading treatment. A recent  report by the Center for Victims of Torture (CVT) and the Torture Abolition and Survivor Support Coalition International (TASSC), Tortured and Detained: Survivor Stories of US Immigration Detention, chronicles the stories of asylum seekers and details the physical and psychological agonies of detention.

Take Fahran, an Afghani translator for the U.S. Army who fled to the United States after being targeted for his work. When Fahran arrived at the U.S. border after travelling through the United Arab Emirates, Brazil, Ecuador, Colombia, Central America, and Mexico, Customs and Border Protection (CBP) agents arrested him and placed him in a holding cell. As reported by Americans for Immigrant Justice, these holding cells, referred to by CBP officers as “hieleras,” or “iceboxes,” often have no mattresses, beds, or chairs and are kept so cold that detainees suffer symptoms of frostbite. While detained, Fahran thought, “I was on the frontline for the United States. I left my family, my life, for safety. Now I’m in a cell.” Fahran remained in detention for 23 months before he was granted asylum.

While in detention, people often experience physical and psychological mistreatment, including sexual abuse, inadequate medical care, and prolonged solitary confinement at the hand of U.S. officials. While these conditions have harmful effects on all detainees, they are especially devastating for survivors of torture. According to the report, approximately 6,000 survivors of torture were placed in detention between October 2010 and February 2013. Already traumatized by torture in their country of origin, the physical and mental abuse suffered by victims of torture is compounded by elements of powerlessness and loss of control inherent to detention and reminiscent of their torture experience.

A lack of transparency in the immigration process contributes to chronic emotional distress. As explained by Daniel, a refugee from Liberia:

In light of the challenges in navigating the immigration process, immigrant rights groups continue to promote government-appointed legal representation for these individuals. The report suggests the expansion of the Legal Orientation Program (LOP), which currently operates in 25 detention facilities. This government-sponsored program contracts with nonprofit organizations to educate detainees on the basics of immigration proceedings.  Although LOP is not a substitute for individual legal counsel, it helps alleviate the information deficit while also shortening case processing times and reducing the costs of detention, saving the government over $17.8 million in 2011 alone. This mutually beneficial program holds support from both immigrant rights advocates and the government. In fact, the recently-passed Senate immigration reform bill includes a provision that would ensure that all detainees have access to LOP and would establish additional programs to assist immigrants in obtaining access to legal information.

While CVT and TASSC support the expansion of the LOP, they also call on Congress to invest in community-based alternatives to detention so that asylum seekers and others are not detained in the first place. For survivors of torture who are especially vulnerable to the traumas of detention, the report calls on the Department of Homeland Security to use detention only as a last resort and, when necessary, to create detention facilities that provide a “normalized environment,” including freedom of movement, educational programming, and guaranteed access to privacy. The government should act on these recommendations to help asylum seekers who otherwise can get trapped in the complicated legal system.