Remembering the Contributions of Immigrant Soldiers this Veterans Day 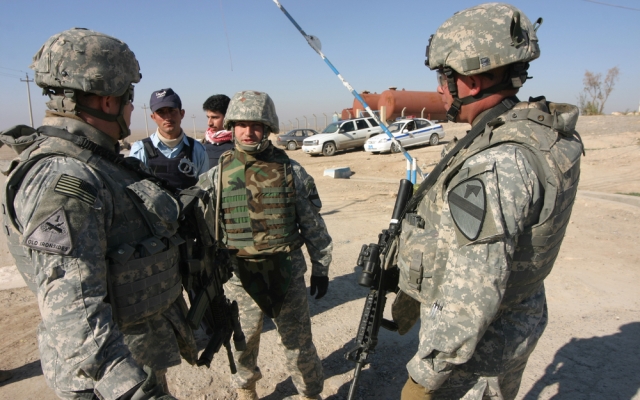 Immigrants fill every imaginable role in U.S. society. They are found in every profession, from farmworker to brain surgeon. They are the owners of small neighborhood bodegas and the C.E.O.s of high-tech transnational corporations. They represent their communities in town councils and in the U.S. Congress. And, not surprisingly, they are also found throughout the ranks of the U.S. military, fighting on the front lines and shaping policy in the Pentagon. The importance of the myriad roles that immigrants play in the armed forces has only increased since 9/11. In recognition of their service, tens of thousands of foreign-born military men and women have been offered, and taken, an expedited path to U.S. citizenship. These two decisions—to join the U.S. military and to become U.S. citizens—are perhaps the most powerful signs of full-fledged integration into the social fabric of the United States.

As described by MacArthur Fellow Margaret Stock, an attorney in Anchorage, Alaska, and retired Lieutenant Colonel in the Military Police, U.S. Army Reserve, “immigrants voluntarily serve in all branches of the U.S. military and are a vital resource in the ongoing conflict against Al Qaeda and its affiliates.” In fact, without immigrants, “the military could not meet its recruiting goals and could not fill the need for foreign-language translators, interpreters, and cultural experts.” As Stock also notes, “it has long been an American tradition that service in the armed forces can lead to U.S. citizenship,” particularly during times of war. Specifically:

“Section 329 of the Immigration & Nationality Act (INA) gives the President authority to proclaim that, when the nation is engaged in armed conflict, immigrants who are in the military can obtain their U.S. citizenship regardless of their length of residency or immigration status. Presidents have long invoked this statute to bestow citizenship benefits on immigrants in the military and President Bush did so on July 3, 2002, proclaiming that all immigrants who have served honorably on active duty in the armed forces after September 11, 2001, shall be eligible to apply for expedited U.S. citizenship.”

In recognition of the indispensable roles that immigrants play in the military, Rep. Jeff Denham (R-CA) introduced the Encourage New Legalized Immigrants to Start Training (ENLIST) Act in June, which would allow unauthorized immigrants to become Legal Permanent Residents (LPRs) by serving in the armed forces. Rep. Denham described his rationale for the legislation: “I believe that anyone who swears an oath to defend our nation, and serves out an enlistment term honorably, should be entitled to the privileges afforded to Americans.”  Congressman Denham became the first Republican co-sponsor of the House immigration reform bill (H.R. 15) in October.

Immigrants show their commitment to the United States in innumerable ways, starting with the decision to leave behind their home countries in order to put down roots here. They go on to buy homes and raise families in this country, and perhaps start a business as well. Some will even aspire to public office. And a highly motivated few will volunteer to put their lives on the line and fight for the country they have chosen to serve.