The Punishment Should Fit the Crime for Immigrants, Too 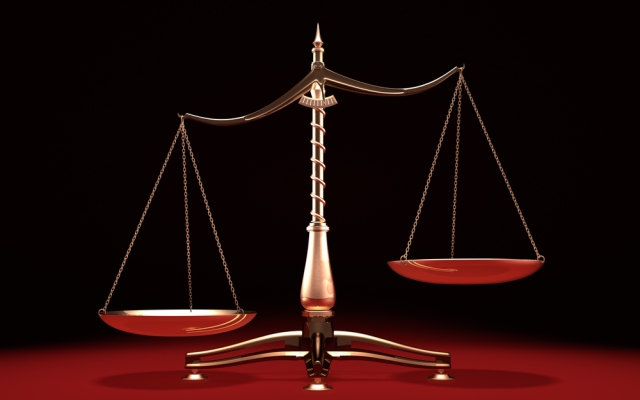 The punishment should fit the crime. That maxim is as old as law itself, dating at least as far back as the Old Testament and Hammurabi’s Code.  It’s firmly rooted in our Constitution’s Due Process Clause and the Eighth Amendment’s prohibition against excessive fines and cruel and unusual punishment. That principle—referred to as proportionality—appears in both our criminal and civil law. It forbids, for example, the imposition of a life sentence for passing a bad check. It means that the state cannot sentence juveniles for non-homicide crimes to life without parole. And it disallows extreme punitive damages awards. So what does proportionality have to say when the government tries to deport a lawful permanent resident who, a decade ago, shoplifted $200 worth of merchandise from a department store? Right now, astonishingly, nothing: immigration judges do not even consider whether a person’s banishment from the United States is a disproportionate punishment for a crime before ordering the person’s removal.  But advocates are working to change this.

Last week, the American Immigration Council, in conjunction with Boston College’s Post-Deportation Human Rights Project, filed a friend of the court brief  in a case calling for a federal appeals court in Boston to recognize that proportionality review has a place in removal proceedings.  The brief tells the stories of five individuals who either already have or soon will face the extreme penalty of deportation and a permanent reentry bar for minor or nonviolent crimes committed years earlier. The men and women featured in the brief share many attributes: all were lawful permanent residents; all established significant ties to this country; all left (or will leave) behind U.S. citizen family members; all committed nonviolent crimes; all have demonstrated rehabilitation; and none was afforded the opportunity to explain to the immigration judge why forcible removal from the country was unjustified under the circumstances.

Among those facing manifestly unjust deportation is Lundy Khoy. Following her birth in a Thai camp for Cambodians fleeing Pol Pot’s genocide, Lundy’s family was given safe harbor in the United States. Lundy’s parents settled in California where they managed to give Lundy and her U.S. born siblings a classically American childhood, despite the tragedy they’d lived through. Lundy ate Cheerios for breakfast, went to Disneyland and gazed up at Fourth of July fireworks shows. She worked hard and did well in school, earning her way to a top tier university.  At college, like many freshmen tasting freedom for the first time, Lundy experimented with drugs. In the spring of 2000, a cop stopped her with seven tabs of Ecstasy and she admitted she planned to sell them.  She served three months in jail and was released for good behavior. For the next several years, Lundy got her life back on track, worked hard, returned to school, volunteered with various charities, and stayed out of trouble. And so it came as a shock to her when Immigration and Customs Enforcement (ICE) officers arrested her and put her in immigration detention, where she would sit for nearly a year as her immigration case slogged to its inevitable and tragic conclusion: an order of removal. What keeps Lundy here is not the Constitution’s proportionality requirement, the backing of members of Congress, or prosecutorial discretion, something ICE has repeatedly refused to exercise in her favor. Rather, Lundy is here because the government has thus far been unable to secure travel documents for the stateless young woman.

Under a deportation regime that works more like a chainsaw than a scalpel, cases like Lundy’s represent just a drop in the bucket. Shortly before leaving office, former New York governor David Paterson created an Immigration Pardon Panel to recommend pardons for deserving immigrants to assist them in avoiding deportation.  Several months later, Paterson pardoned over thirty individuals based on their efforts towards rehabilitation, years of law-abiding behavior, and positive contributions to society. The pardon panel, which considered only the cases of New Yorkers who had not been deported, was flooded with applications describing compelling cases: “I wish time had permitted us to act on more of these requests, as injustice is prevalent,” the former governor said.

This injustice does not have to go on. Congress can write sensible legislation that gives immigration judges a safety valve to avoid handing out grossly unfair removal orders. Advocates can continue to push for proportionality review in immigration cases. And, until Congress and the courts fix the problem, ICE can and should start exercising prosecutorial discretion more thoughtfully, looking not just to whether a person’s crime fits inside a particular box, but whether removing the person actually furthers the ends of justice.