California Court Rules Undocumented Immigrant Can Be a Licensed Attorney 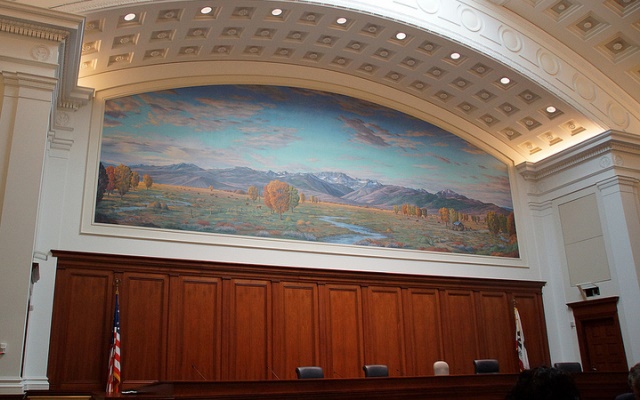 The California Supreme Court ruled last week that Sergio Garcia, a Mexican undocumented immigrant who has spent more than 17 years living in the U.S., should be licensed to practice law in the state of California. In the unanimous decision, California Chief Justice Tani Cantil-Sakauye wrote it is “extremely unlikely” that Garcia would be deported under current immigration policy. “Under these circumstances, we conclude that the fact that an undocumented immigrant’s presence in this country violates federal statutes is not itself a sufficient or persuasive basis for denying undocumented immigrants, as a class, admission to the State Bar,” she wrote.

As Immigration Impact explained in September before the state Supreme Court heard Garcia’s case, he is the son of farmworkers who first brought him to the U.S. as a toddler. After living for a period in Mexico, he returned in 1994 at age 17, and his father, who was by then a lawful permanent resident, filed a visa petition for him. Since that petition was approved about 18 years ago, Garcia has been waiting for a visa to become available so that he can apply for a “green card.” He completed high school and paid his way through college and law school in the U.S. At 36, Garcia has been self-employed since 2004, pays his taxes, and has no criminal record. He passed the California bar exam on the first try—something only half of applicants do.

Following the California Supreme Court’s ruling, Garcia told the New York Times that now he will be able to open his own law practice. “I can finally fulfill my dream and also leave behind a legacy so that an undocumented student 20 or 30 years from now will take it for granted that they can be an attorney,” he said. “There’s a lot to celebrate. I can open my own law firm, and that’s exactly what I intend to do. There’s no law in this country restricting entrepreneurs.”

The court’s ruling is a victory for, among others, Governor Jerry Brown and the California State Legislature.  At oral argument, it was clear that the justices were grappling with the question of whether a federal statute passed as part of a harsh 1996 overhaul of U.S. immigration law stood in the way of giving Mr. Garcia his law license. The law at issue, 8 USC 1621, generally restricts an undocumented immigrant’s eligibility to obtain a professional license but also contains a subsection expressly authorizing a state to render an undocumented immigrant eligible to obtain such a license through the enactment of a state law meeting certain requirements. Perhaps sensing that the high court might rule against Mr. Garcia, the state legislature picked up the mantle and passed a law allowing individuals to receive law licenses regardless of immigration status.  This legislation, one of several changes to state immigration policy that Gov. Jerry Brown signed into law in October, helped to pave the way for the California Supreme Court’s unanimous ruling.

The California decision may influence courts in other states that are considering similar cases.  In Florida, for example, courts are considering if Jose Manuel Godinez-Samperio, whose parents brought him to the U.S. from Mexico on a tourist visa, should be prevented from being admitted to the state bar. Godinez-Samperio has temporary legal status through the Deferred Action for Childhood Arrivals policy. “This is a case to give me hope,” Godinez-Samperio told the New York Times. Pro-immigrant state legislatures around the country can and should follow California’s lead and pass legislation allowing aspiring Americans like Garcia and Godinez-Samperio to become licensed attorneys, regardless of immigration status.