Immigrant Entrepreneurs are Investors in their Communities 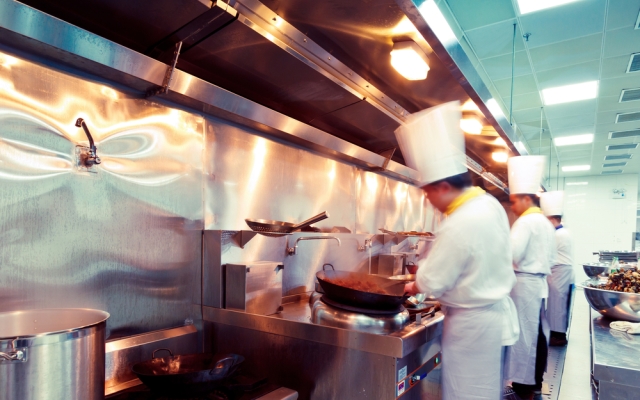 Cedric Francois, a medical researcher from Belgium, came to Louisville, Kentucky, after hearing that researchers there were beginning work on the first hand transplant. Later, he co-founded two pharmaceutical companies. Suhas Kulkarni, an immigrant entrepreneur himself who founded Louisville-based IT firm Omnisys, understands the need for integrating and helping immigrant entrepreneurs get their start and is leading the area’s new Refugees and Immigrants Succeeding in Entrepreneurship (RISE) initiative. This is a collaborative effort among public and private organizations to support immigrants and refugees in the entrepreneurial endeavors in the Louisville area. RISE recognizes that Louisville “has an untapped pool of talent for city-wide economic development in the form of immigrants and refugees” and that “this population has the potential of becoming drivers of economic growth” for the region. Immigrant entrepreneurs are often vital assets in communities. They start businesses, create jobs, and encourage community revitalization efforts. Immigrant businesses can help revive dilapidated or aging retail corridors. And they provide an opportunity for immigrants to reinvest in the area. Take for example Vilmar Zenzen, originally from Brazil, who is opening a new upscale Brazilian steakhouse in downtown Louisville. Zenzen already operates another Brazilian steakhouse in Knoxville, Tennessee.

Immigrant entrepreneurs, through their business and ancillary endeavors, make civic and financial investments in their communities. The Immigrant Learning Center (ILC) recently reiterated these points at an event hosted by the Welcoming Center for New Pennsylvanians where they presented a summary of their findings from their report on immigrant entrepreneurs in growing industries. Often, however, these social and economic investments remain undetected by the broader population. While immigrant business owners embrace opportunities to invest in their communities, they also face challenges, including access to startup capital. Immigrant small business owners tend to rely on personal savings and loans from family and friends for the capital they need to start a small business. The ILC notes that when immigrant business owners want to grow their businesses, “they often need a more substantial connection to the U.S. financial system.” Therefore, “knowledge, access and utilization are all crucial factors.” A program such as Louisville’s RISE is beneficial in creating an opportunity for potential entrepreneurs to gain access to the knowledge about sources of startup capital. When immigrant business owners have access to the capital they need to start and expand their business ventures they are presented with additional opportunities to invest in their communities through market expansion, job creation, and social commitment. This in turn presents more opportunities for the broader community.

Challenges can also become opportunities themselves. Immigrant entrepreneurs may feel disconnected from the established business community and resources for business owners in a particular place. Yet, according to the ILC, “many would like to play a more significant role in neighborhood revitalization, greening their businesses, and economic development initiatives, but are often not informed or invited to participate.” After gaining access to the knowledge they need to be successfully connected to the broader community and business resources available through programs such as RISE, immigrant entrepreneurs will be better positioned to further invest economically and socially in their communities.

Amid the mounting evidence of the positive impacts immigrant entrepreneurs and small business owners present to places, it is no wonder a growing list of communities—from small towns to large metropolitan areas—are pursuing initiatives to attract, welcome, and retain immigrants. Initiatives such as Louisville’s Refugees and Immigrants Succeeding in Entrepreneurship (RISE) program can help immigrant entrepreneurs discover resources about best practices, learn from one another and from those already well-established in the area, gain access to capital for starting and expanding their businesses, and maximize their potential contributions and investments in their local communities.