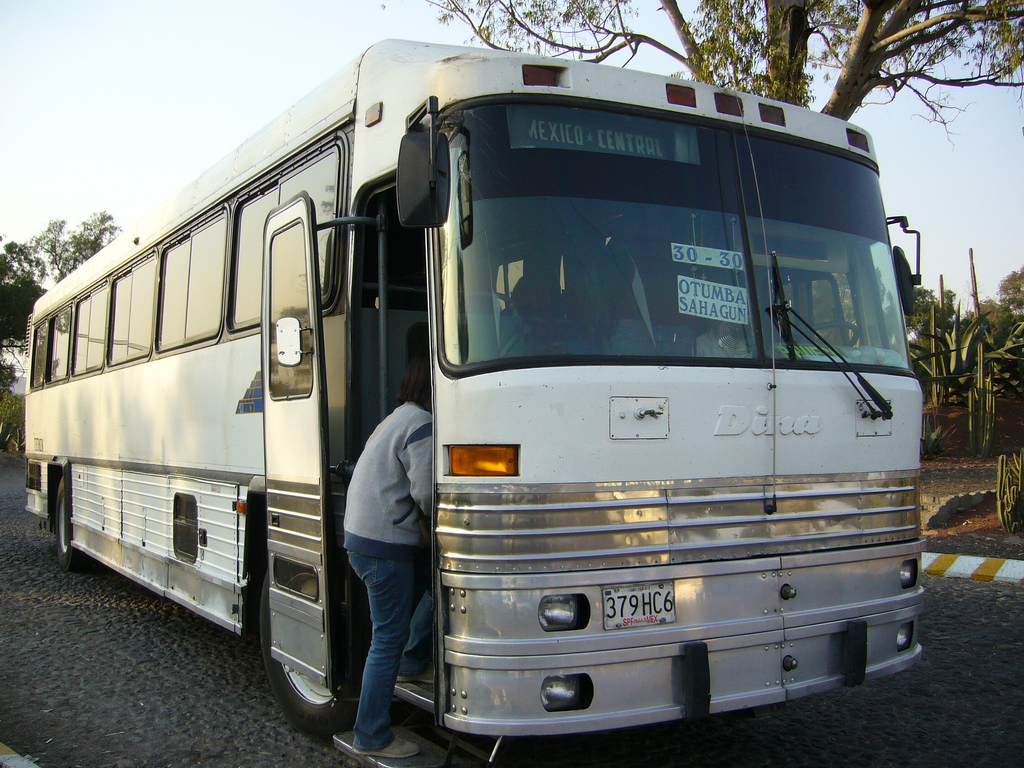 Mexicans and Americans Thinking Together (MATT) has presented the results of a new study that highlights some recent, significant shifts in return migration from the United States to Mexico. One of the merits of this study is that it reminds us of the dynamic and bi-directional nature of migratory flows between the two countries. Between 2005 and 2010, 1.39 million people moved from the U.S. to Mexico, of whom 985,000 were returning migrants. Interestingly, deportations (which, as we know, have escalated tremendously during the Obama administration) represent only 11% of all return migrants to Mexico in that period. This means that a significant number of return migrants “chose” to go back to Mexico voluntarily.

Among its main findings, the study shows that “Economic factors such as the U.S. recession and political factors such as immigration policy in both countries certainly have an impact on return migration patterns.” The study also observed that “many [return migrants] are drawn emotionally to return to Mexico after 1-5 years, and most enjoy slightly higher incomes in Mexico upon their return than what they were earning in Mexico prior to migration.” Notably, the study found that a large portion of these return migrants show a strong desire to remain in Mexico.

These findings confirm some important claims. First, the economic conditions in both Mexico and the United States are key determinants in people’s migration. As we have previously documented, during the last few decades the changes in unauthorized migration have to a great extent followed the fluctuations in the U.S. economy. At the same time, improved economic conditions in Mexico, as well as a sweeping reform of Mexico’s immigration law in 2011, have also impacted the reversal in the net migration flow between Mexico and the United States. However, this does not imply that this trend is irreversible. In fact, according to a recent report by the Pew Research Center, the shrinking number of unauthorized migration to the United States recorded during and immediately after the Great Recession may be slightly on the rise in light of the improving U.S. economy.  But the economic aspect, as important as it is, does not account for the whole story. There are also emotional factors that bond people to places. This applies both to migrants who feel their home is in Mexico and to those who are more attached to the United States. For example, among the migrants interviewed for the MATT study, over two-thirds of the migrants from Mexico to the United States had only intended to stay in the United States temporarily. The bottom line is that migrants tend to come to the United States when there is a demand for labor, and when economic opportunities are insufficient in Mexico. For the majority of Mexicans, however, migration would probably not be their first choice.

For many decades now, studies of international migration have uncovered structural factors that spur people to migrate from country to country, but the widespread view that migration is exclusively based on individuals’ cost-benefit calculations continues to persist. According to this simplistic interpretation, people migrate because they are guided by their own economic interests. The problem with this type of interpretation is that it neglects some of the deeper causes that lead to migration.

Massey’s understanding has enormous implications for immigration policy. If policy interventions aspire to be effective and realistic, they must rely on an in-depth comprehension of the issue. Unfortunately, this has not always been the case. For example, many efforts to curb illegal immigration into the U.S. have ignored the complex nature of international migration and, therefore, have failed to meet their proposed goals. Specifically, policies that intend to tackle the problem of unauthorized migration through enforcement-only measures have proven to be not only very costly, but also ineffective. This is often largely the result of viewing undocumented immigrants as individuals who choose to break the law without any reference to the larger context that allows for these activities to occur.

For policy makers in the United States, the findings of the MATT study should ratify the need to create a new system for legal immigration that (1) is flexible enough to adjust to the fluctuations of the business cycle; (2) creates stronger channels for legal immigration when the economy is growing; (3) addresses the country’s need for immigrants at all skill levels, and not just high-skilled workers; (4) provides mechanisms for border and immigration enforcement as part of a much larger and more comprehensive policy solution; (5) recognizes the fact that not all immigrants desire to migrate to the U.S. on a permanent basis; and (6) allows temporary immigrants to have a realistic pathway to become permanent residents if they wish to do so. In addition, the United States must find creative ways to cooperate with Mexico to ensure that economic prosperity in Mexico is a reality. If U.S. lawmakers do not tackle all these aspects in a comprehensive way, illegal immigration will likely become a permanent structural feature of the system.