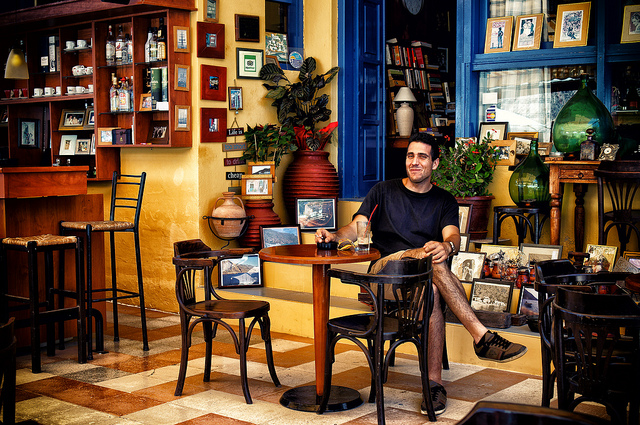 When Jordi Carbonell, originally from Spain, and his wife Melissa Fernandez opened their Cafe Con Leche coffee shop several years ago in southwest Detroit, the couple founded their business on the idea that the neighborhood needed a central gathering place to create a strong community. Today, the bustling cafe is integral to life of the neighborhood. As Kathy Wendler, president of the Southwest Detroit Business Association notes, “It’s the kind of place where you know immediately you’re part of a community—of residents, high schoolers, travelers in cyberspace, and young and old hatching plots to save the world!” Such businesses help breathe new life into metropolitan area neighborhoods and small town main streets. While a potent combination of declining population growth and economic stagnation has led many local leaders to rethink how to reinvigorate their communities—particularly around the Midwest—attracting immigrants and immigrant entrepreneurs is one of the strategies to which places are repeatedly turning to fuel economic growth.

A new report  from the American Immigration Council explains the journeys of three places—Detroit, Michigan; St. Louis, Missouri; and rural communities in Iowa—to implement strategies for future economic success that depend in part upon immigration. Despite tepid federal efforts at reform, such places are embarking on exciting ventures, such as Global Detroit and the St. Louis Mosaic Project, to attract immigrants to their communities, support new and existing immigrant entrepreneurs, and create synergy between immigrants and native-born citizens. This trend recognizes the growing significance of immigration as an economic factor, but it is also a major rethinking of how individuals and communities accept and welcome newcomers and encourage their successful integration.

Immigrant businesses large and small help to revitalize neighborhoods, add a boost to the local economy, and create more jobs for the local population. Yet, while many cities recognize the need to attract and grow their human capital, their efforts are often at odds with an inefficient federal immigration system. City and regional leaders recognize their recruitment and development efforts cannot fully succeed if the federal immigration system is outmoded and ineffective. In the absence of immigration reform, their efforts, no matter how visionary, may be impeded.

At the national level, policymakers should enact comprehensive immigration reform that modernizes the U.S. immigration system, creating the necessary legal pathways that work for entrepreneurs, innovators, students, families, businesses, employers, and all types of workers. Immigration reform, in addition to recognizing that immigrant entrepreneurs and innovators come through all immigration pathways—family, employment, refugee, and others—should also ensure better recognition of foreign-earned credentials in licensed professions so that skilled immigrants’ talent isn’t wasted in the places in which they already reside.

Regions with more successful immigrant integration tend to be more resilient when faced with economic shocks. As John Mollenkopf and Manuel Pastor of the Building Resilient Regions Research Group explain, “Regional leaders who want their metropolitan areas to weather the country’s inevitable economic and demographic changes will likely need to weave immigrants into their regional narratives and visions for their regional futures, helping to calm the political waters by highlighting how immigrants and their children can be assets rather than problems.” In so doing, local leaders “will help facilitate a broad and much-needed recognition that a region’s resilience is based not on struggling with strangers, but rather on welcoming with the warmth that will help newcomers maximize their contributions to our country’s metropolitan future.” Local leaders must help national leaders understand that positive impacts of immigrants in cities are linked with the need for effective immigration policy at the national level. And national leaders in Washington must listen.

To make the most of local immigration development and welcoming initiatives, there needs to be a thoughtful, comprehensive effort to modernize the U.S. immigration system. In the meantime, local places will continue to compete for human capital. Those cities that welcome the initiative and drive of immigrants will not only experience economic and social dividends, but will be poised to prosper even more under a new era of immigration reform.