Without Citizenship, Immigration Reformers Could be Leaving Dollars on the Table 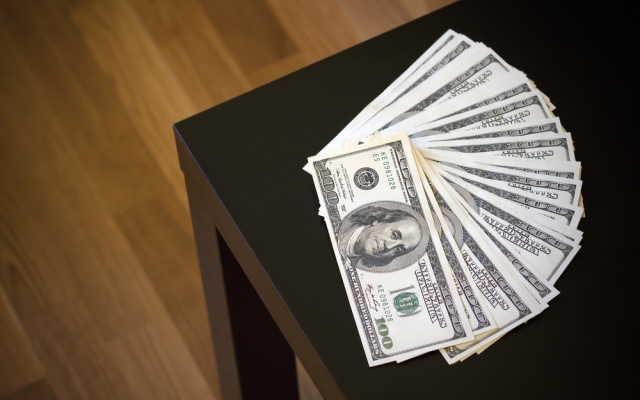 While President Obama’s State of the Union Address will reportedly focus on income inequality in the United States, it is also a likely bet that he will address the economic benefit of immigration reform even as Republicans are finalizing their immigration principles. As conversations around immigration reform proposals forge ahead, the economic benefits of citizenship versus simply providing legal status should not be overlooked. According to a new Center for American Progress (CAP) report, The Economic Case for a Clear, Quick Pathway to Citizenship, there is an important citizenship premium that should be factored in to economic calculations of reform. According to the report, the premium is “the bump to a country’s economy that arises after immigrants become citizens. This bump comes in the form of higher wages and more tax revenue collected from naturalized citizens, all of which spurs more overall economic activity.”

How does the prospect of citizenship for immigrants bring an economic boost? And why does citizenship matter in immigration reform? As the report notes, “prospective citizens invest in themselves prior to naturalizing.” Evidence shows that “a pathway to citizenship free of obstacles and undue delays helps immigrants integrate into the labor market and increase their earnings. These increased earnings and the corresponding added tax revenue would help grow the economy, which yields benefits for native-born citizens too.” Policymakers wanting to take advantage of the economic benefits from immigration reform should consider citizenship opportunities for immigrants with requirements that are clear and within a reasonable period of time. Researchers exploring examples from old and new immigrant destination countries find that a clearer pathway to citizenship yields greater economic gains. Fabricating lengthy delays and significant restrictions on immigrants’ ability to naturalize diminishes the impetus for immigrants to invest in themselves, their families, and their communities, as well as the extent to which they could eventually contribute economically as naturalized citizens.

According to report co-author Don J. DeVoretz, a professor of economics at Simon Fraser University, five years from the date of legalization is the optimal time for achieving citizenship because people will invest more in themselves if they see a clear and reasonably certain end point on the journey to citizenship. During an event at CAP, DeVoretz and Manuel Pastor, co-director of the Center for the Study of Immigrant Integration, warned that if immigration reform does not include a reasonable path to citizenship, then the U.S. is “leaving dollars on the table” due to the economic benefits that citizenship presents. As they explained, there’s an additional economic premium for those who gain citizenship because people make greater investments in their education, their businesses, and their families when they know they will finally be able to call America home.

Additionally, citizenship is an important component for successful integration initiatives, particularly in communities looking for ways to grow their economies. To continue the growth that many local places are already encouraging through a variety of immigrant welcoming and integration initiatives, eventual citizenship for the undocumented is an important component of immigration policy change. Undocumented immigrants need a path to citizenship to maximize their economic contributions in their communities. Without the prospect of citizenship, immigrant integration efforts will have limited impact, and aspiring citizens will have a harder time investing in themselves, their families and communities, as well as maximizing their economic contribution to community revitalization efforts throughout the country.

National policies about citizenship clearly contribute to a country’s citizenship premium and rate of naturalization. If policymakers are serious about maximizing the economic benefits immigration reform would bring for the country, then it only makes sense that they would adopt policies that achieve those goals. “It is in the best interest of all Americans,” the report concludes, “for policymakers to reconsider the length and cost of the pathway to citizenship contained in the current legislative proposals and to pursue options for making it more attainable. Ultimately, allowing the greatest number of people to complete the pathway to citizenship will bring the greatest economic benefits to the nation.”