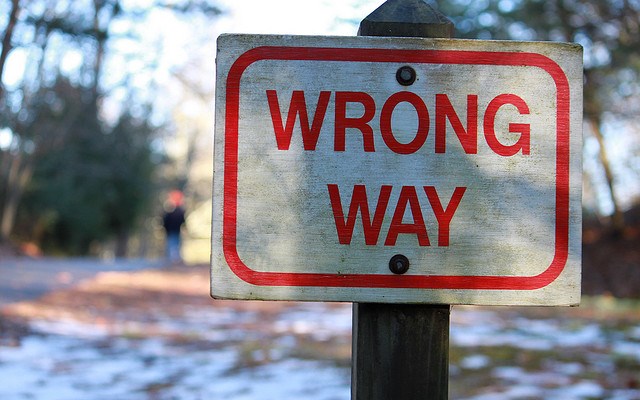 Despite the formal end of the recession in 2009, unemployment in the United States remains high, wages are still stagnant, and economic indices of all kinds are looking grim. A crisis of this magnitude requires bold action by U.S. lawmakers to realign U.S. economic policies in ways that promote the growth of both jobs and wages. Economists across the political spectrum agree that immigration reform—including a pathway to legal status for unauthorized immigrants already living here—should be a central part of any such effort to boost the economy.

Nevertheless, Sen. Jeff Sessions (R-AL) thinks he knows better. In his opinion, what we need to do to alleviate the nation’s economic woes is to derail immigration reform. Apparently, if we can hang on to our broken immigration system a little longer, there will be brighter days ahead for the U.S. economy.

This is the gist of an op-ed by Sen. Sessions that appears in Sunday’s USA Today. It is a case of guilt by correlation as Sessions recites statistics on unemployment, wage stagnation, and poverty, then juxtaposes these with statistics on immigration. And then Sessions takes an enormous logical leap by acting as if this proves immigration is the cause of the economic problems he has enumerated. The only real economic analysis he offers of immigration is the work of economist George Borjas, who is of the opinion that immigration reduces wages for native-born workers, especially those who are less educated. However, Borjas and Sessions find themselves increasingly isolated in this narrow viewpoint.

As other scholars and policymakers understand, immigrants don’t simply “fill” jobs in a zero-sum economic game in which there is a fixed and unchanging number of jobs for which native-born and foreign-born workers compete. Rather, immigrants create jobs as consumers and entrepreneurs. Immigrant workers spend their wages in U.S. businesses—buying food, clothes, appliances, cars, etc. Businesses respond to the presence of these new workers and consumers by investing in new restaurants, stores, and production facilities. And immigrants are 30 percent more likely than the native-born to start their own business. The end result is more jobs for more workers. As economist Giovanni Peri of the University of California, Davis, has concluded: “immigrants expand the U.S. economy’s productive capacity, stimulate investment, and promote specialization that in the long run boosts productivity,” and “there is no evidence that these effects take place at the expense of jobs for workers born in the United States.

In addition, immigrants and native-born workers are usually not competing in the same job markets because they tend to have different levels of education, work in different occupations, specialize in different tasks, and live in different places. As a result, immigrants and natives tend to complement each other in the labor market rather than compete, which increases the productivity—and the wages—of native-born workers. A 2010 report from the Economic Policy Institute estimated that, from 1994 to 2007, immigration increased the wages of native-born workers by 0.4 percent—including a 0.3 percent increase for the least-educated workers. This may not be an enormous sum, but it is undeniably positive.

Some researchers have run the clock forward and quantified the likely benefits that would accrue to the U.S. economy, and all U.S. workers, were immigration reform to become a reality. Raúl Hinojosa-Ojeda of the University of California, Los Angeles, estimates that in just the first three years following legalization of currently unauthorized immigrants, the “higher earning power of newly legalized workers translates into an increase in net personal income of $30 to $36 billion, which would generate $4.5 to $5.4 billion in additional net tax revenue. Moreover, an increase in personal income of this scale would generate consumer spending sufficient to support 750,000 to 900,000 jobs.” And a report from the American Action Forum, authored by former Congressional Budget Office (CBO) director Douglas Holtz-Eakin, estimates that immigration reform would “raise GDP per capita by over $1,500 and reduce the cumulative federal deficit by over $2.5 trillion” over 10 years. These benefits accrue because “immigration reform can raise population growth, labor force growth, and thus growth in Gross Domestic Product (GDP). In addition, immigrants have displayed entrepreneurial rates above that of the native born population.”

Sessions has evidently not seen any of this research.