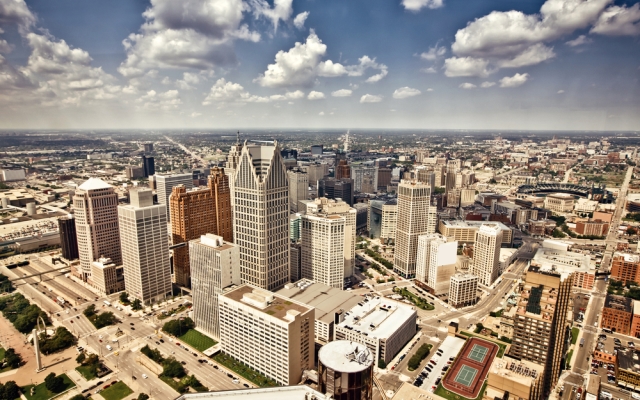 It is clear that Michigan Gov. Rick Snyder understands that immigration can be a potent boost to his state’s economy. It’s also an important component of economic revitalization for a city such as Detroit. Improving the nation’s broken immigration system could have enormous economic benefits for Michigan and states across the country, so Snyder joined former New York City Mayor Michael Bloomberg and former Secretary of Commerce Carlos Gutierrez, in Washington Friday to continue urging lawmakers to overhaul the U.S. immigration system. As Gutierrez explained, “Our laws aren’t serving our economy.” And Bloomberg noted that it is terrible economic policy to turn away foreign born entrepreneurs and innovators while also making it difficult for foreign-born graduates to remain in the country after earning degrees from our colleges and universities. State leaders recognize this as well, but they also know upgrading immigration laws requires congressional action. “We need comprehensive immigration reform. Bottom line,” Snyder said Friday. “To be blunt, we have a dumb system.”

Why are cities and states pursuing policies to attract, welcome, and retain immigrants? Like many places across the Rust Belt, Michigan is experiencing demographic and economic stagnation. A report released Thursday by the Bipartisan Policy Center (BPC) describes some of the challenges, including an aging native-born population. The report notes that “in the coming decades, these demographic trends will only accelerate…As increasing numbers of elderly people exit the workforce, slower population growth leaves fewer young workers to take the jobs they vacate.” This in turn curtails the economy’s potential for growth. Immigration is one way in which to aid the demographic and economic outlook of the United States. And Michigan, in particular, sees first-hand the need to seek ways to inject new vitality into their communities and broader economy.

On Friday, Snyder described three initiatives Michigan is pursuing to attract new talent. First, he said Michigan aims to be a welcoming state for immigrants. At his State of the State address last week, the governor announced his intent to create a Michigan Office for New Americans, which will work to attract immigrants to Michigan. Second, Snyder said Michigan officials recognizes that immigrants have a tremendous track record as entrepreneurs, so he wants to establish a statewide EB-5 center to work with immigrants to invest in and open businesses in the state. Third, he said Michigan wants to attract and retain skilled immigrants. He announced a plan Thursday to ask Washington to allocate 50,000 EB-2 visas over a five-year period. These visas would specifically be for skilled immigrants to live and work in Detroit. EB-2 visas, which are capped at around 40,000 per year, are for members of the professions holding advanced degrees, or persons of exceptional abilities in the arts, science, or business. These goals build upon the measures that Global Detroit, which works to attract and welcome immigrants to the region for economic growth and job creation, is already pursuing.

While some may debate the feasibility of Snyder’s proposals, they are an example of ideas emanating from a growing list of state and local leaders exploring creative ways to ignite economic growth in their regions. Yet, it’s clear that the byzantine processes of our antiquated immigration system hinder places wanting to attract the talent they need to thrive in a 21st century economy. Indeed, Detroit Mayor Mike Duggan remarked Thursday on challenges imposed by the current system, saying, “The hoops we have to jump through to keep that kind of talent here is just terrible. There’s a lot of talent that want to come to Detroit, stay in Detroit from around the world, and we want to make it easier for that to happen.” Duggan also noted that the governor’s actions are “a clear statement that Michigan is going to be immigrant friendly.” Clearly, local and state leaders understand that federal immigration reform is needed. “If someone has the opportunity to come to our country legally,” Snyder told Crain’s Detroit Business, “let’s hold our arms open and say ‘come to Michigan. This is the place to be.’” Through thoughtful federal reforms, cities and states will be in a better place to more effectively attract and retain the talent they need to thrive.