Fremont, Nebraska Has More to Gain from Welcoming Immigrants 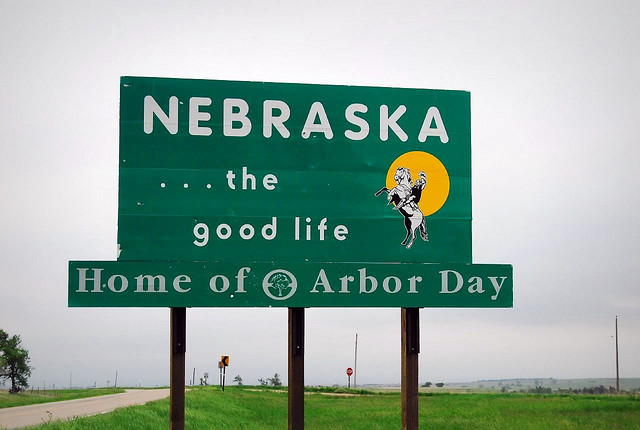 Fremont, Nebraska, has become ground zero for one of the longest-standing anti-immigrant experiments in the United States. In 2010, the small, Midwestern town of 26,000 voted on an ordinance that would create unwieldy and costly housing permits to verify the immigration status of all Fremont renters and would force businesses to use E-Verify (an electronic employment verification system). Laws like this one grew out of the “attrition through enforcement” or “self-deportation” philosophy nurtured by Kansas Secretary of State Kris Kobach, the author of the Fremont ordinance, as well as Arizona’s SB 1070 and Alabama’s HB 56. So it is no surprise that Kobach and his sponsors continue to defend the law despite the high costs to the community.

In 2013, the Eighth Circuit upheld the ordinance. But City Council members, who have grown weary of the high social and economic costs of the bill—and who know that many community members have changed their perspective since the original vote—have decided to call for a new referendum vote on February 11. The public will decide whether or not to roll back the parts of the law that require all renters to apply for rental permits with the local police. The E-Verify portion of the measure will not be voted on.

The referendum vote will be key to gauge where the community now stands on the bill after three years of battle around this law. Since the bill’s passage, there has been intense push-back by the business and faith community. The Mayor of Fremont told the Omaha World-Herald:

“The perception is that Fremont is a hateful community,” the mayor said. “We don’t know how many businesses shied away from Fremont because of the ordinance.”

In addition, the spillover impacts and unintended consequences on many non-immigrant community members like the elderly and native renters have become clear. However, that will not stop the outside anti-immigrant groups who wrote and supported passage of this law. The Federation for American Immigration Reform (FAIR)—employer of Kris Kobach—have already  begun pushing out “data” that they believe shows the costs of undocumented immigration to Nebraska.

“Our Vote Should Count enlisted the help of the Federation for American Immigration Reform, the Tea Party Patriots, True The Vote, and other national organizations, including a Washington, D.C.-based analyst and an Omaha media consultant, to put together a media campaign that will use social media, print media, flyers and canvassing to get out their message.”

The Fremont Tribune also published fuzzy numbers released by FAIR, without cross-checking with other sources:

“figures from a FAIR official attributing 40 percent of the Nebraska school population to illegal immigration, a 25 percent Hispanic prison population, and an average cost to society of around $2,200 per illegal person.”

FAIR has long-provided highly-misleading fiscal snapshots of the costs allegedly imposed on U.S. taxpayers by unauthorized immigrants. However, in its rush to portray unauthorized immigrants as nothing more than a drain on the public treasury, FAIR completely discounts the economic contributions of unauthorized workers and consumers. Moreover, FAIR inflates their cost estimate by indiscriminately lumping together U.S.-citizen children with their unauthorized parents.

In the case of the data published in the Fremont Tribune, they attribute 40 percent of the Nebraska school population to illegal immigration, which is a number impossible to determine as school systems do not have the legal authority to ask about parent’s or children’s immigration status. Further, if there is a 25 percent Hispanic prison population in the state or city, there is no information on what part of that population is undocumented or native. Finally, the average cost to the U.S. of $2,200 per illegal person comes from FAIR’s national report on the cost of undocumented immigration which has been debunked by FactCheck.org and the conservative think tank Cato Institute.

What has been overlooked by FAIR are the tremendous economic benefits that immigration brings to the area. For example, in 2010, new immigrant business owners brought $126 million in net business income into Nebraska. The same year, unauthorized immigrants in the state paid $43.3 million in state and local taxes according to data from the Institute for Taxation and Economic Policy.

Additionally, being seen as a welcoming community is important to state and local economies. Nebraska’s 4,372 foreign students contributed $98.3 million to the state’s economy in tuition, fees, and living expenses for the 2011-2012 academic year, according to NAFSA: Association of International Educators.

While many communities around the nation have grown frustrated with the federal government’s inaction on immigration, the answer is not soliciting the help of national, anti-immigrant groups like FAIR. Instead, local groups like Fremont Yes understand the need to maintain a welcoming community. Fremont should not have to shoulder the responsibility of enforcing federal immigration law. Instead, they would be better off embracing the model other small Midwestern towns like Wilmar, Minnesota,  have adopted that help welcome and integrate their immigrant neighbors to the benefit of the entire community.