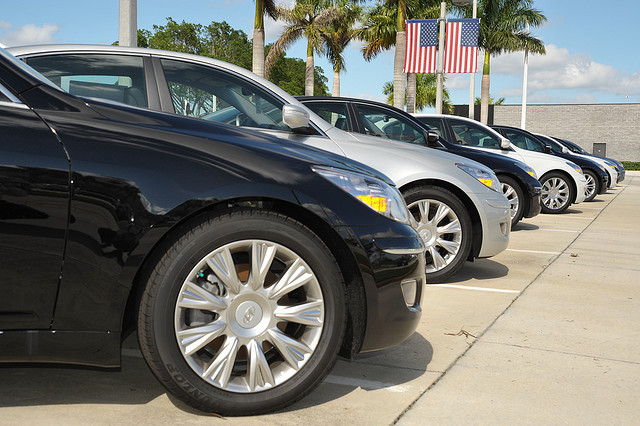 Joan Friedland is a senior advisor at the National Immigration Law Center.

For the fifth time in four years, New Mexico Gov. Susana Martinez is trying to get the legislature to repeal the 2003 law granting licenses to all eligible drivers, regardless of their immigration status.

There’s no reasonable expectation that the bill she supports this year—HB 127—will fare better than the identical version that failed last year. But rescinding the driver’s license law is grist for the governor’s fundraising mill. According to the Albuquerque Journal, the governor’s December 2013 fundraising pitch claimed, “Now, our opponents want us to give up. They are organized and well financed so I am asking you to join me by contributing whatever you can to help make sure we go into the session prepared to fight.”

But opponents of repeal scoffed at that characterization of the current law’s supporters, describing them as “members of the community, going to school, holding jobs who need a driver’s license to continue functioning.” Oilfield, dairy, and other workers recently held a rally at the state Capitol to defend the current law.

The governor’s use of the driver’s license issue is consistent with her anti-immigrant history. According to the National Journal, which describes her stance on immigration policy as “hawkish,” the governor labeled her 2010 primary opponent “as pro-amnesty, because he supported George W. Bush’s immigration-reform plan.”

HB 127 would repeal current law and require proof of “authorized period of admission into the United States” to obtain a regular license. It would provide a second tier license only to individuals granted deferred action under the Deferred Action for Childhood Arrivals (DACA) program. These separate, temporary licenses are “not intended to be accepted by federal agencies for official federal purposes.”

The bill’s restrictive “authorized period of admission” requirement could prevent many lawfully present non-citizens from obtaining licenses, potentially including asylees and asylum applicants, persons granted Temporary Protected Status, survivors of domestic violence who have been granted deferred action, certain applicants for lawful permanent residence, and family members of active duty military members granted parole in place (which allows them to adjust their status in the U.S.) It’s a much narrower category of eligible immigrants than is listed in the REAL ID Act or in the laws of every other state, including states that have been certified by the department of Homeland Security (DHS) as compliant with REAL ID.

The governor’s mean-spirited proposal runs counter to a growing trend. In 2013, eight states plus the District of Columbia and Puerto Rico passed laws expanding immigrants’ access to driver’s licenses. These states recognized the public safety benefits of ensuring that all drivers are trained, tested, and insured.

The 2014 legislative session in New Mexico runs for only 30 days and is intended to cover budget issues and certain other issues specified by the governor. Given the integral and increasing role that immigrants play as workers and taxpayers in the New Mexico economy, it’s a shame that the governor uses access to driver’s licenses to advance her political goals and to place public safety at risk.