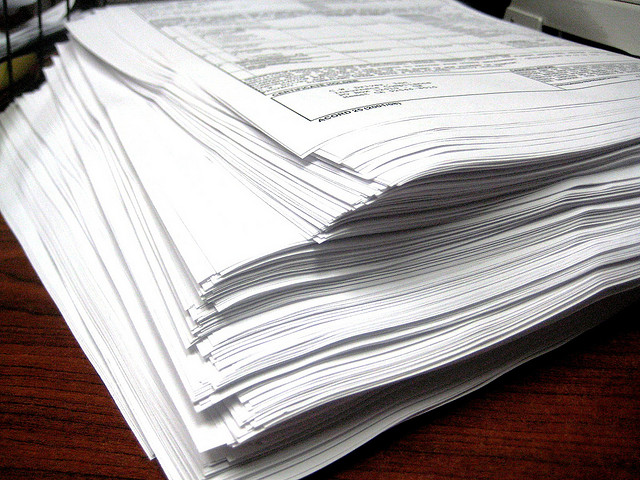 Last week, the National Day Laborer Organizing Network (NDLON) along with six individuals, submitted a formal request to the Department of Homeland Security asking the agency to temporarily suspend the deportation of low-priority undocumented workers and their families and grant them “deferred action.” Deferred action is a discretionary decision by the government not to pursue enforcement against a person for a specific period. The requesters argue that suspending enforcement against low-priority undocumented workers “promotes the prudent allocation of government resources and prevents the unnecessary deportation of those who are contributing to our economy and are part of our community.” With deportations reaching nearly 400,000 per year, NDLON urges the department to take prompt action to suspend the deportation of those who would have benefited from the Senate’s immigration bill, S.744.

As NDLON points out, such executive action is not unprecedented. Over the years, the executive branch has used its constitutionally-conferred authority to make decisions about enforcement priorities. Such decisions have included implementing programs that permit potentially deportable individuals who fit into a certain category to stay in the United States. For example, presidents have used this authority to protect large numbers of Haitian, Chinese, and Eastern European nationals (to name just a few) from deportation.

And most recently, enforcement prioritization has taken the form of Deferred Action for Childhood Arrivals or “DACA.” The widely celebrated DACA program offers deferred action to young people who were brought to the United States as children and who meet other specified criteria, including that they present no risk to national security or public safety. Requests for DACA are decided on a case-by-case basis. In fact, NDLON proposes the Department of Homeland Security expand DACA to include undocumented workers and family members who, presumably, do not qualify under the current age and residency guidelines. According to NDLON, not only is such an expansion legally sound and rooted in prior precedent, but it is good policy. Suspending the deportation of low-priority workers and their families fosters economic growth and furthers our interest in family unity by not unnecessarily separating people from their parents, spouses, or children.

NDLON made this request to the Department of Homeland Security by submitting a “petition for rulemaking”—a procedural mechanism specifically provided for by federal law. Under a federal statute called the Administrative Procedure Act, federal agencies must “give an interested person the right to petition for the issuance, amendment, or repeal of a rule.” If the federal agency does not respond to the petition, the interested person or entity who submitted the petition may file a lawsuit in federal court, asking a judge to order the agency to respond. This doesn’t mean that the government must do what is asked in the petition. At a minimum, however, the agency is required to answer the petition and provide some explanation for its answer.

It remains to be seen how and when the Department of Homeland Security will answer this petition. But as Congress drags its feet on immigration legislation, the petition offers options for an immediate, albeit temporary, reprieve from deportation for those low-priority workers whose deportation frustrates our country’s interests.