New Directive Clarifies Existing Use of Force Policy at CBP 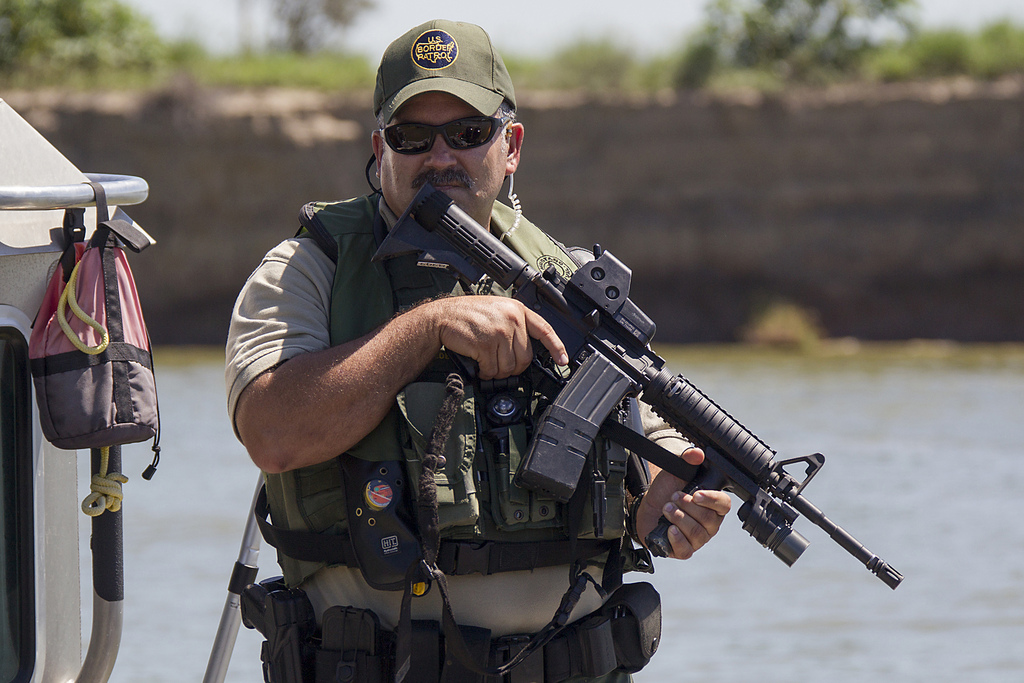 In the wake of a leaked report exposing Border Patrol agents’ use of excessive force, U.S. Customs and Border Protection (CBP) issued a new directive last Friday attempting, indirectly, to address some of the allegations.  The report, authored by the Police Executive Research Forum (PERF), stemmed from its review of CBP shooting incidents from January 2010 to October 2012. Although CBP refused to disclose both the full report and its internal response, the Los Angeles Times obtained leaked versions and published its key discoveries, including criticism for CBP’s “lack of diligence” in monitoring Border Patrol agents’ use of force.

Border Patrol Chief Michael Fisher issued the new directive, Use of Safe Tactics and Techniques, to clarify “existing guidelines” in the CBP Use of Force policy.  According to agency policy, “deadly force may only be used if an agent has a reasonable belief, based on the totality of the circumstances, that the subject of such force poses an imminent danger of death or serious physical injury to the agent of another person.” However, the existing policy does not clearly address situations in which an officer’s own conduct exacerbates the potential danger. Although it would be reasonable to assume that Border Patrol agents would not expose themselves to needless danger, the PERF report uncovers instances in which Border Patrol agents intentionally jeopardize their safety in order to manufacture a pretext for using lethal force.

For instance, according to the Los Angeles Times, one finding from the PERF report reveals Border Patrol agents placing themselves in front of moving vehicles in order to justify using force. As the authors of the PERF report explain:

It is suspected that in many vehicle shooting cases, the subject driver was attempting to flee from the agents who intentionally put themselves into the exit path of the vehicle, thereby exposing themselves to additional risk and creating justification for the use of deadly force.

While Fisher does not specifically acknowledge this finding, the new directive restricts Border Patrol agents from shooting at moving vehicles merely fleeing from agents. It also states that “agents should not place themselves in the path of a moving vehicle or use their body to block a vehicle’s path.” This clarification hopefully will decrease the number of shootings at moving cars, a CBP practice that poses a danger to passengers, Border Patrol agents, and bystanders alike.

Additionally, the directive indirectly responds to PERF’s allegations that Border Patrol agents use lethal force against rock throwers out of frustration, rather than any imminent danger. In some of the most egregious examples of the misuse of lethal force, Border Patrol agents have been found to shoot at rock throwers on the Mexican side of the border, wounding and sometimes killing people on Mexican soil. The new directive addresses these concerns, stating:

Agents shall not discharge firearms in response to thrown or hurled projectiles unless the agent has a reasonable belief, based on the totality of the circumstances, to include the size and nature of the projectiles, that the subject of such force poses an imminent danger of death or serious injury.

The directive encourages Border Patrol agents to obtain “tactical advantage” by “seeking cover or distancing themselves from the immediate area of danger.” Still, this directive falls short of demands by advocacy organizations to ban the use of lethal force against rock throwers altogether.

Although the Fisher directive suggests a willingness to adjust CBP’s use of force policy, it is merely a small step toward a much greater need for reform. After all, the Los Angeles Times reports that CBP’s internal response to the PERF report rejects its major recommendations. Instead of issuing backdoor replies to PERF’s findings, CBP must publicly release the PERF report and accompanying agency response. Even Jeh Johnson, the new Secretary of Homeland Security, is encouraging greater transparency, explaining that transparency is “essential to the credibility of a law enforcement agency within the communities it operates.” Hopefully, Secretary Johnson’s leadership will generate increased transparency from CBP. One promising sign is Chief Fisher’s indication that an update to the CBP Use of Force Handbook is its “final stages.” In the meantime, disclosing the PERF report would be a fitting first step to establishing trust between CBP and the general public.