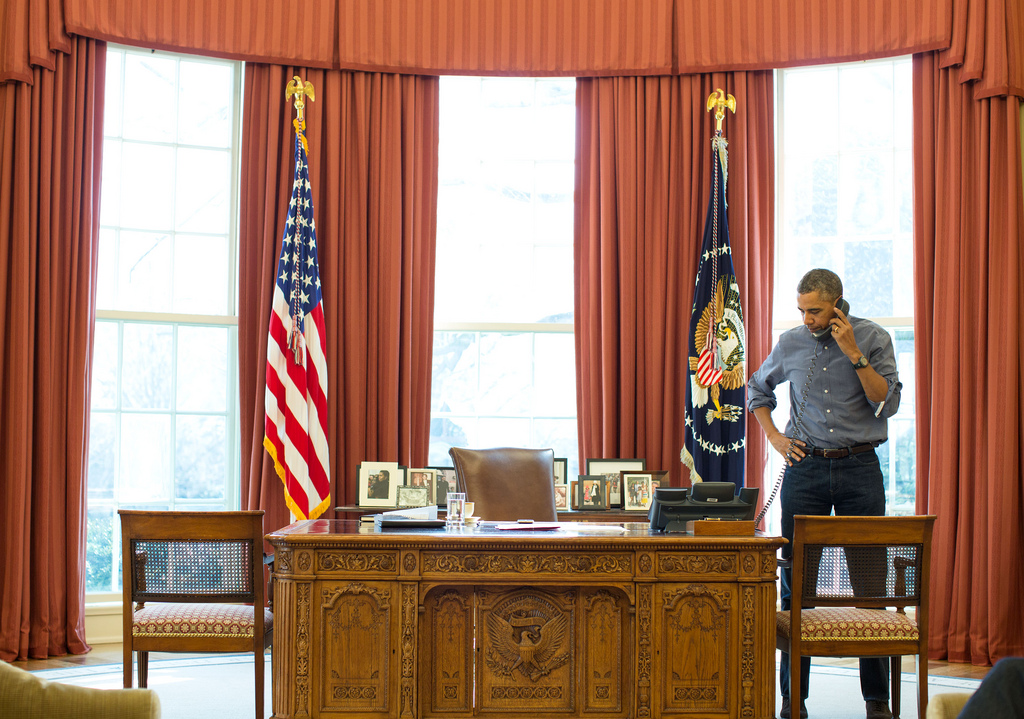 As the number of deportations under President Obama near the 2 million mark and Congress stalls on immigration reform legislation, President Obama said Friday that administration officials are reviewing what could be done to make the immigration enforcement system more humane. The announcement follows votes in the House of Representatives last week attempting to limit Presidential power and mounting pressure from advocates, Senators and members of the Congressional Hispanic Caucus, who were considering a resolution calling on the administration to slow deportations.

In a meeting last week with immigration advocates, President Obama said he directed Homeland Security Secretary Jeh Johnson “on his first day” to see what could be done to address deportation policies, according to Politico. “He said since Secretary Johnson came on board he’s been looking at administrative review and exploring implementation” of new policies, said Eddie Carmona of the PICO National Network.

But House Speaker John Boehner’s office insisted that changes to the immigration system should be made by Congress, not the executive branch. “There’s no doubt we have an immigration system that is failing families and our economy, but until it is reformed through the democratic process, the president is obligated to enforce the laws we have,” Boehner spokesman Brendan Buck said Friday. But months after the Senate passed bipartisan immigration reform, House leaders have continued to delay consideration of immigration reform measures and instead held votes on bills to limit the president’s powers.

There is no doubt that Congress needs to pass laws that permanently reform the immigration system; however, critics of prosecutorial discretion seem to miss the fact that an exercise in discretion is not a way to ignore the law. The authority to exercise discretion in deciding when to prosecute and when not to prosecute based on a priority system has long been recognized as a critical part of U.S. law. The concept of prosecutorial discretion applies in civil, administrative, and criminal contexts.

Additionally, Members of Congress who are accusing the President of not enforcing the law by pointing to the Deferred Action for Childhood Arrivals initiative and other forms of prosecutorial discretion themselves have long-recognized the need prosecutorial discretion in immigration law. In November of 1999, Congressman Lamar Smith circulated a thoughtful, bipartisan letter signed by 28 members of Congress asking the Attorney General and Commissioner of the Immigration and Naturalization Service (INS) to exercise discretion in immigration cases. The letter stated that “there has been widespread agreement that some deportations were unfair and resulted in unjustifiable hardships…we must ask why the INS has pursued removal in such cases when so many other more serious cases existed…The principle of prosecutorial discretion is well established.”

Photo courtesy of The White House.