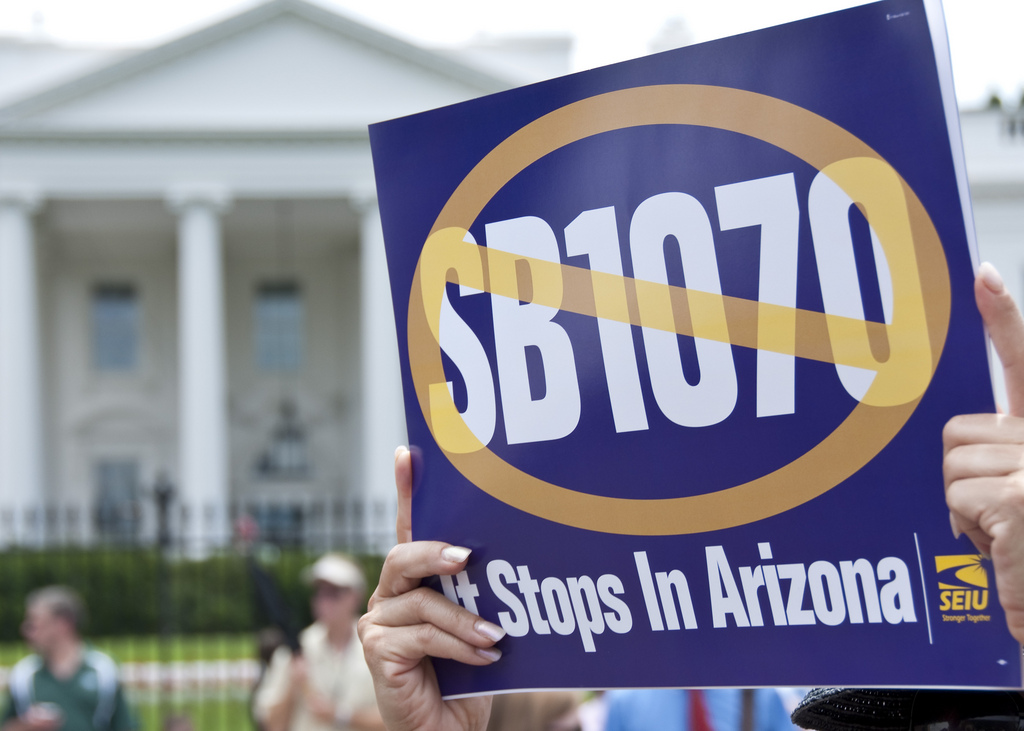 For more than 100 years, the federal government has had authority over U.S. immigration policies while states possessed only limited power to regulate the “lives and livelihoods” of immigrants living within their borders. However, the past decade has seen an increase in immigration-related legislation including anti-immigrant laws, which have failed both as policy and as political strategy, and now, increasingly state and local governments are pursuing pro-immigrant policies, according to a new report released by the Center for American Progress, Understanding Immigration Federalism in the United States by Karthick Ramakrishnan and Pratheepan Gulasekaram.

From 2004 to 2012, many new state and local regulations were designed to make life more difficult for immigrants or to force them to “self-deport.” During that time, a combination of factors like federal inaction on immigration reform and fears of cultural and economic change created an environment allowing anti-immigrant measures to spread. These restrictive policies reached a peak with state laws like Arizona’s SB 1070 in 2010 and copycat laws that Alabama and Georgia passed in 2011. The laws “pursued a stated strategy of ‘attrition through enforcement’ by making it a crime to be without legal status and authorizing local police to check the immigration status of anyone they suspect of being in the country without authorization,” according to the report.

But in 2012, two factors led to the huge swing away from these harmful laws: the Supreme Court ruling that gutted much of Arizona’s SB 1070, which led to federal courts placing significant limits on local immigration enforcement, and the renewed interest in immigration reform following the 2012 election. Also, the Deferred Action for Childhood Arrivals (DACA) policy led more states to examine their policies on driver’s licenses for undocumented immigrants as they decided how to issue driver’s licenses to young adults who received temporary legal status through DACA. This led to a dramatic shift toward pro-immigrant policies, as the CAP report explains:

These laws have taken a range of forms, from providing driver’s licenses and in-state tuition to limiting cooperation with federal immigration authorities. Importantly, states and localities are enacting these welcoming laws even as Congress has failed to pass immigration reform. […]

And while pro-immigrant integration laws have been around for years—for example, in-state tuition laws for unauthorized immigrants—the number and scope of these laws have expanded significantly since 2012. In the past year, for example, California and Connecticut have passed TRUST Acts, which limit state cooperation with federal immigration officials, and thirteen jurisdictions now grant driver’s licenses to unauthorized immigrants.

In 2013, states took the lead on immigration reform and passed good measures to help integrate and improve the day-to-day lives of immigrants in their respective states. And several states have piggy-backed on the successes of last year to continue to press for positive reforms. In just the last week, the Florida House voted by an enormous margin to allow undocumented immigrants to pay in-state tuition at state colleges and universities, and a Massachusetts legislative committee advanced a bill that would stop state and local law enforcement from detaining “all but the most serious criminals” at the request of immigration agents. There is no doubt the tide is turning at the state level, but it’s not a permanent solution to the nation’s broken immigration system.