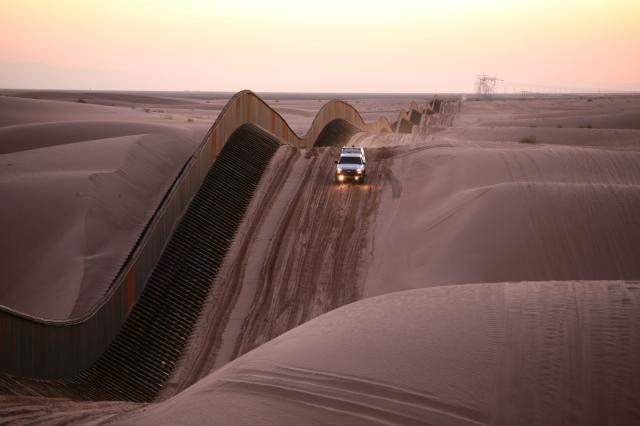 An alliance of immigration advocacy groups launched HoldCBPAccountable.org, a website that catalogues lawsuits and administrative complaints brought against U.S. Customs and Border Protection (CBP). The American Immigration Council, the National Immigration Project of the National Lawyers Guild, the Northwest Immigrant Rights Project, and the ACLU of San Diego and Imperial Counties have joined forces to document litigation that exposes CBP abuses, including unlawful searches and seizures, removals based on coercion and misinformation, the use of excessive force, and other abuses committed by Border Patrol agents and CBP officers.

The cases include Laura Mireles, a U.S. citizen who works on the U.S. side of an international bridge in Brownsville, Texas. One day, she crossed into Mexico for 15 minutes to make a purchase, and when she returned, a CBP officer stopped Mireles and searched her car. The agent reacted violently when Mireles questioned his reasons for searching her handbag. He grabbed her with both hands and threw her onto the ground with such force that her jeans ripped and she suffered a laceration to her knee and several cuts on her elbows. The officer then handcuffed her so tightly that the fire department was later called to cut the handcuffs from her wrists. After paramedics treated her, she was released from custody without charges.

Mireles and other plaintiffs are all seeking damages for the serious harm suffered as a result of CBP’s actions. The lawsuits on the website span the country; complaints have been filed against CBP in California, Texas, Ohio, Indiana, Florida, New York, and Washington State. The site, HoldCBPAccountable.org, also includes documents received from the Freedom of Information Act related to allegations of CBP misconduct and other resources concerning CBP’s disregard of basic constitutional and statutory rights.

However, the cases presented on HoldCBPAccountable.org are only a sample on the egregious abuses committed by CBP. According to the American Civil Liberties Union, at least 28 people have died since January 2010 during encounters with CBP agents along the southern border. That number includes a number of Mexican nationals who died as the result of cross-border shootings, BuzzFeed reports.

In response to the needless use of violence along the border, Rep. Beto O’Rourke (D-TX) and Rep. Steve Pearce (R-NM) introduced a bill on Wednesday that would offer more training for agents and establish an ombudsman in the agency to address complaints that agents used excessive force. “We’ve stepped up total border spending from 10 years ago from $7 billion to $18 billion today. We’ve doubled the size of the border patrol. We have millions of [border] crossings just in El Paso,” O’Rourke told BuzzFeed. “So you have this big build up in enforcement and spending and you’re not even keeping pace on transparency, governance on the committees of jurisdiction … [while] individually and anecdotally you have case after case of alleged violations of human rights, civil rights, civil liberties, protections.”

By laying out the cases and information behind the allegations, the website seeks to expose CBP’s widespread and repeated abuses against immigrants and U.S. citizens as well as to establish accountability and transparency of one of the fastest growing agencies in the United States. In light of the current review of CBP’s use of force policy, it is especially important to recognize CBP’s abuse of authority, bring justice to victims of abuse, and demand a use of force policy that honors basic concepts of democratic governance.

Photo Courtesy of Meditations on the Collapse.