How the Broken Immigration System Hurts Farmworkers Who Pick Our Crops 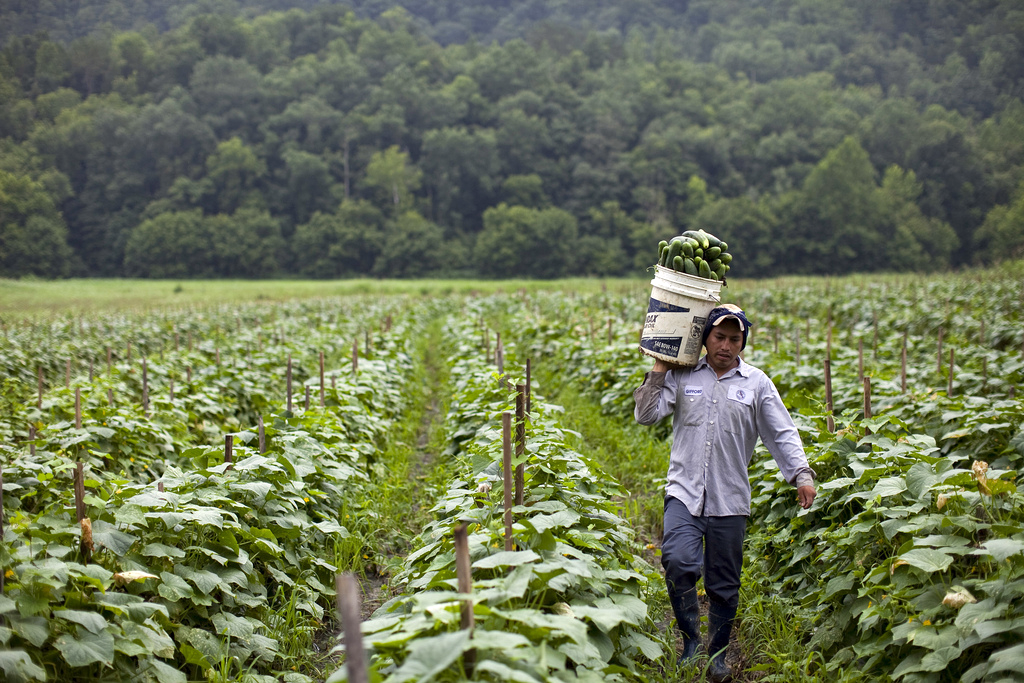 By Adrienne DerVartanian, Director of Immigration and Labor Rights of Farmworker Justice.

Like many Americans and aspiring Americans, Juan (a pseudonym to protect his identity) has high hopes for immigration reform. Juan came to the United States from Mexico in 1995. Over the past 18 years, he has migrated throughout the country, cultivating and harvesting many of the fruits and vegetables Americans enjoy. During this time, he has picked cucumbers in Ohio; watermelons in Georgia; apples in Michigan and Washington; tomatoes in Tennessee; and oranges, tomatoes, blueberries, cucumbers, and squash in Florida. Despite his hard-work and sacrifice to ensure that Americans have an adequate and safe food supply, Juan lives and works in fear. Juan, his wife, and their oldest children are undocumented; their younger children are United States citizens. Family separation is an omnipresent fear for Juan and his family. Having seen parents separated from their children and deported, Juan is particularly concerned about how painful and confusing these separations are for children. He explained how difficult it can be trying to reassure a child who asks if you will return that afternoon, when sometimes there are no words to reassure them.

Juan is not alone. Of the approximately 2 to 2.5 million agricultural workers on U.S. farms and ranches, over one-half lack authorized immigration status. These farmworkers, like millions of Americans before them, immigrated to the United States to find opportunities and create a better life for their families. Farmworkers work extremely hard, yet their opportunities are limited by their immigration status. Farm work is often physically taxing with high injury, illness and fatality rates due to hazardous workplace conditions. Wages are very low and poverty among farmworkers is roughly double that of all wage and salary employees. Because of their fear of deportation, undocumented workers are unlikely to challenge illegal or dangerous employment practices or seek improved wages or working conditions. The presence of so many vulnerable farmworkers depresses wages and working conditions for all farmworkers, including the hundreds of thousands of U.S. citizens and lawful immigrants.

This month or next, the Obama Administration will likely deport its 2 millionth person, tearing apart families and communities across the country. The largely unwarranted deportation of workers, parents, and community members must stop. Congress must act now to enact immigration reform. Nine months have passed since the Senate passed immigration reform legislation. The House must do its part to move immigration reform forward by passing legislation that includes a path to citizenship for the 11 million aspiring citizens, as well as the agricultural stakeholder agreement. To press for action, House Democrats introduced a discharge petition to bring HR 15, the bipartisan comprehensive immigration bill that has been languishing in the House since October, to the floor. The time is now to fix the broken immigration system.