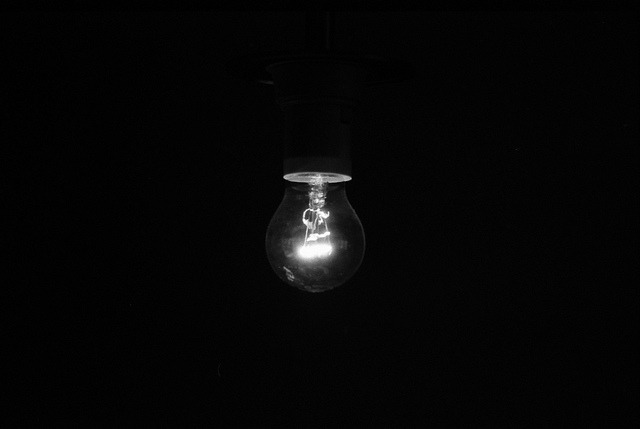 A new report from the Center for Immigration Studies (CIS) sheds little light on the ongoing debate around who does and does not get deported from the United States. The report would have us believe that the federal government is knowingly letting tens of thousands of violent foreign-born criminals go free. It’s certainly a sensational claim, but it has no basis in reality. CIS distorts the numbers, and stereotypes immigrants—all in an attempt to cast doubt on the practice of “prosecutorial discretion” by immigration-enforcement agents.

The report begins by claiming that the roughly 722,000 foreign-born individuals “encountered” by U.S. Immigration and Customs (ICE) is 2013 were “potentially deportable aliens.” This is a significant stretch, with very little evidence to back it up. As programs like Secure Communities have cast an ever-widening dragnet over the foreign-born population, even individuals whose interactions with law-enforcement were fleeting and inconsequential have found themselves “encountered” by ICE. This includes Lawful Permanent Residents (LPRs), and would likely include recently naturalized immigrants as well. Moreover, the “offenses” that led to their ICE encounter may not even be deportable under the law. Yet the subtext of the CIS analysis is that an LPR driving a car with a broken tail light should be charged by ICE and removed from the country even though there is no basis in U.S. law for doing so.

Second, the CIS report expresses outrage that, of all the foreign-born persons encountered by ICE, only 195,000 were charged. This omits a key fact: not everyone that is removed by ICE is issued a charging document. As ICE says in its 2013 statistical report, of the 368,644 immigrants deported in FY 2013, 160,000 were removed based on the reinstatement of a prior order of deportation and 23,455 were “voluntarily returned” to their country of birth—neither of which requires the filing of charges.

The claim in the CIS report that ICE has simply chosen to “release” 68,000 “criminal aliens” through the exercise of “prosecutorial discretion” is inaccurate. Being released by ICE is not the equivalent of being set free. It often means being released with an ankle bracelet or under an order of supervision, or issued a notice to appear in court. Just as importantly, many of the immigrants being released have committed minor, non-violent offenses that do not constitute a threat to public safety. These details were conveniently left out of the CIS analysis.

What the CIS report also ignores is the essential question of whether it is more important to have quantity or quality when it comes to immigration enforcement.  A simple illustrative point is that in 2008 the total number of removals that came from the Violent Criminal Alien Section of ICE was a grand total of one.  By 2012, the number had grown to 1,114.  It’s hard to argue that this kind of shift in resources is a bad thing simply because it has drawn time and money away from removing people with non-criminal violations of immigration law.  The bottom line is that the effort by ICE (however flawed and incomplete) to focus more of its law enforcement resources on the worst of the worst, rather than simply trying to rack up removals numbers that consist overwhelmingly of those who pose little threat to communities, is law enforcement 101.  The far more difficult question to answer is why weren’t they doing it before?

What CIS also fails to understand is that prosecutorial discretion is about the rational use of law-enforcement resources, as well as the humane treatment of people who aren’t a threat. Why spend inordinate sums of money imprisoning people who are not dangerous, especially when effective alternatives to detention exist? Why needlessly submit non-violent people to the hardships of imprisonment when they can be monitored while living in their own homes? Prosecutorial discretion is about common sense and common decency.

Understanding deportation data is important in the current debate over immigration reform. However, reports full of false and misleading data do nothing to move the discussion forward and pave the way for further polarization and inaction.