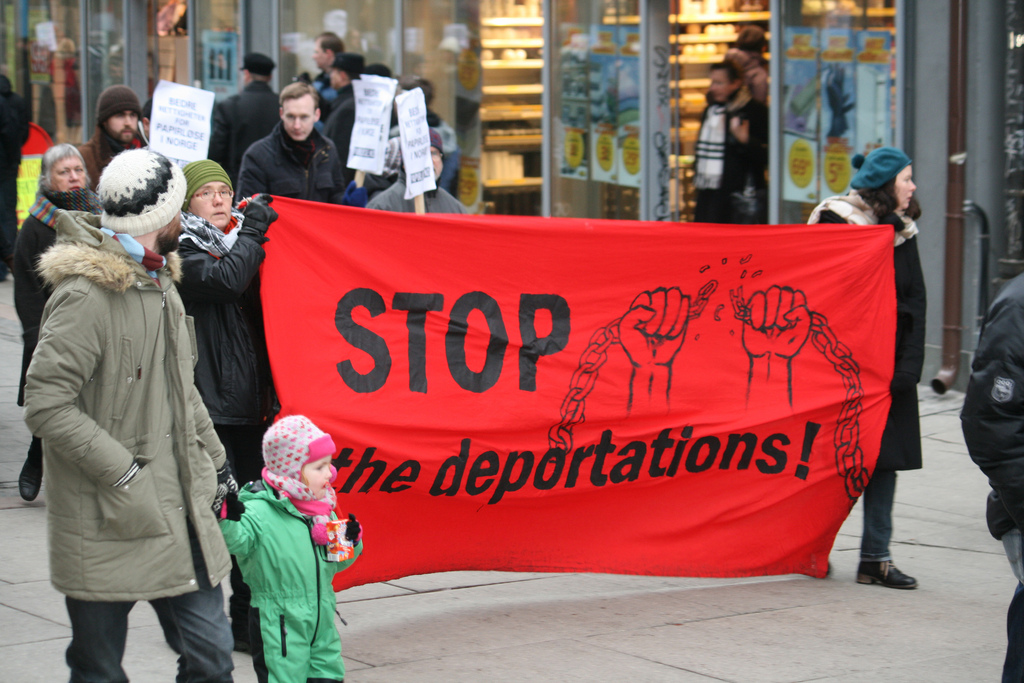 Immigrant advocates and serious researchers have known for years that the deportation dragnet cast by the Obama administration is capturing thousands and thousands of people who pose no serious threat to public safety. This week, the New York Times and the Transactional Records Access Clearinghouse (TRAC) at Syracuse University each independently confirmed this conclusion. They did so through comprehensive analyses of data obtained from U.S. Immigration and Customs Enforcement (ICE) via Freedom of Information Act (FOIA) requests (not included were deportation numbers from U.S. Customs and Border Protection). Both investigations thoroughly undermine the administration’s claim that it is going after “criminals, gang bangers, people who are hurting the community, not after students, not after folks who are here just because they’re trying to figure out how to feed their families.”

The principal finding of the Times investigation is a damning indictment of an administration that has claimed repeatedly to be targeting the worst of the worst violent, foreign-born criminals. In reality, according to the Times analysis, “two-thirds of the nearly two million deportation cases involve people who had committed minor infractions, including traffic violations, or had no criminal record at all.” In contrast, only “twenty percent—or about 394,000—of the cases involved people convicted of serious crimes, including drug-related offenses, the records show.”

The investigation found that the largest increases in deportations under President Obama have involved unauthorized immigrants “whose most serious offense was listed as a traffic violation, including driving under the influence. Those cases more than quadrupled from 43,000 during the last five years of President George W. Bush’s administration to 193,000 during the five years Mr. Obama has been in office.” At the same time, “removals related to convictions for entering or re-entering the country illegally tripled under Mr. Obama to more than 188,000.”

Likewise, the TRAC report found that from Fiscal Year (FY) 2008 to FY 2013, “two large categories that ICE has classified as convicted criminals shot way up: those with a traffic violation (up 191 percent) and individuals convicted of immigration offenses (up 167 percent).” In FY 2013, “these two categories comprised half of all those classified by ICE as ‘criminal’ deportees.” TRAC finds this ironic at best considering that former ICE Director John Morton on June 30, 2010, called for “a renewed focus on finding and deporting ‘convicted criminals’ who posed a serious threat to public safety or endangered national security.” Yet “the number of individuals deported who have been convicted of any criminal offense apart from an immigration or traffic violation has actually declined.” In other words, “the trumpeted increase in the number of ‘convicted criminals’ ICE has deported resulted entirely from jacking up the deportation of noncitizens whose most serious criminal conviction was a traffic or an immigration offense.”

TRAC found that, in FY 2013, the top three criminal convictions among deportees were illegal entry into the country (46,759), driving under the influence (29,852), and traffic offenses (15,548). Also populating the top-20 list were other immigration offenses, such as illegal re-entry into the country (3,992) and possession of fraudulent immigration documents (1,994). Compared to traffic and immigration offenses, relatively few deportations involved individuals convicted of more serious crimes, such as larceny (3,845), burglary (3,076), and domestic violence (1,849). This emphasis on immigration and traffic violations is indicative of some very skewed enforcement priorities.

These reports come on the heels of 90 nationwide events protesting the mass deportations that are now taking place. In March, President Obama called for a review of deportation policies in an effort to make them more “humane.” His administration would do well to practice what it preaches and focus the nation’s immigration enforcement resources on the apprehension of people who are dangerous—not people who have gotten traffic tickets.