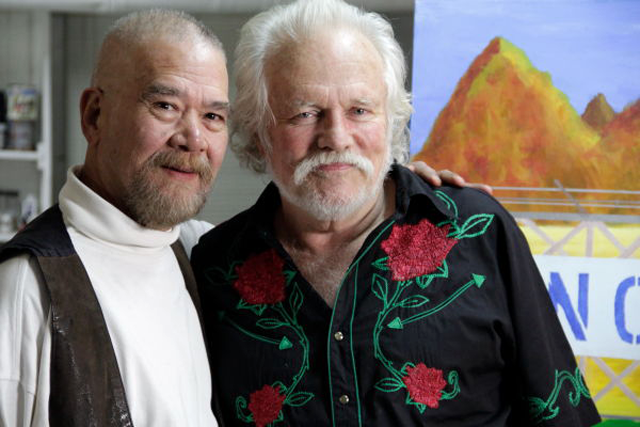 Anthony Sullivan, a native of Australia, fell in love with Richard Adams, an American, in 1971. A few years later, the couple traveled to Colorado when they learned the county clerk in Boulder was issuing marriage licenses to same-sex couples. Soon after, they filed a green-card petition based on their marriage to the then-Immigration and Naturalization Service (INS) in the hopes Sullivan would gain legal status. The INS crudely denied their request in one declarative sentence: “You have failed to establish that a bona fide marital relationship can exist between two faggots.”

Last week, Sullivan made an unprecedented move to right this historical wrong when he filed a petition at the Los Angeles Field office of U.S. Citizenship and Immigration Services. The petition requests the agency reopen his 1975 green card petition that was denied on the basis of his same-sex marriage.

After the denial, the couple spent 10 years fighting Sullivan’s deportation, litigating what was the first federal lawsuit seeking equal treatment for a same-sex marriage in U.S. history. They ultimately lost at the Ninth Circuit Court of Appeals. They left the country and later returned.

Last week, attorney Lavi Soloway of the DOMA Project asked USCIS to reopen and reconsider the denial of the marriage-based green card petition filed by Richard Adams in 1975 and to approve that petition.  Soloway said:

Although we are sad Richard Adams did not live to see this day, we are optimistic the government will grant this Motion to Reopen and take the necessary steps to fulfill his desire that Mr. Sullivan be granted lawful permanent resident status by issuing a green card on the basis of their marriage. This unprecedented request is a matter of basic decency and tests our American ideals of equality and justice. We are asking the federal government, at long last, to treat this marriage with the dignity and respect it deserves, and, in so doing, to repudiate the unacceptable and hateful language that was used by INS in 1975.

The petition filed last week by the 72-year-old Sullivan coincides with what would have been Sullivan and Adam’s 39th wedding anniversary. He is asking that the 1975 green card petition be “retroactively approved and automatically converted to a widower’s petition, which would give Sullivan the right to apply for a green card,” according to the DOMA Project.